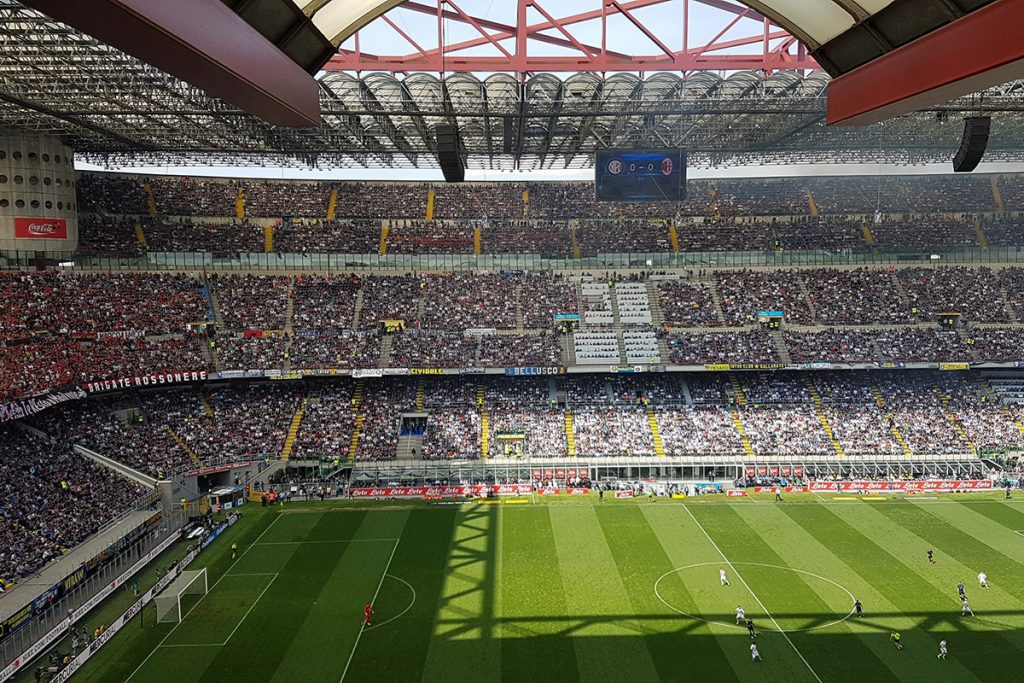 San Siro – due to host the Opening Ceremony of the 2026 Winter Olympic Games if Milan and Cortina d'Ampezzo wins its bid – is at the centre of a row over its future.

Italian football giants AC Milan and Inter Milan want to construct a new San Siro but Milan Mayor Giuseppe Sala has claimed he would prefer the stadium to be renovated rather than rebuilt.

The Serie A rivals share the 80,000-capacity ground but have reportedly reached an agreement to build a new arena just a few hundred metres from the existing site.

The plans need Sala's approval and he has called on the clubs to renovate their current home, which they have shared for 71 years.

"The superintendence is checking that there are no constraints on San Siro," Sala told Sky Italia.

"I’m not aware of any but I reiterate my position: I’d prefer to work on the existing San Siro."

AC and Inter signed a Memorandum of Understanding (MOU) in November vowing to work together on either modernising San Siro or building a new stadium.

"If the two teams, for fear of having to play on a construction site while the season is ongoing, prefer a different project, they know what scope we can give them in terms of construction," he told Sky Italia.

"It’s clear to them and us that a stadium without any further development is hardly sustainable.

"I’m not in a hurry but I’d like them to come to us with a clear proposal.

"One way or another, it would be a good thing for Milan."

Sala added: "I have to think like a Mayor rather than a fan.

"I’m fond of San Siro but, as Mayor, I must say it’s only an issue of rules being respected so let’s see what happens.”

"A stadium is a very important asset in modern football," he told Sky Italia.

"The city of Milan needs a stadium on par with those of the biggest cities in Europe.”

The debate comes as the International Olympic Committee (IOC) Evaluation Commission, led by Romania's Octavian Morariu, arrived in Italy to begin its five-day inspection of the Milan Cortina 2026 bid.

The group is due to visit San Siro on Thursday (April 4).

Even if the Milan clubs decide to build a new stadium, it is likely to be ready in plenty of time for the 2026 Winter Olympic Games.

Representatives from the Milan clubs recently visited arenas in the United States to gather ideas.