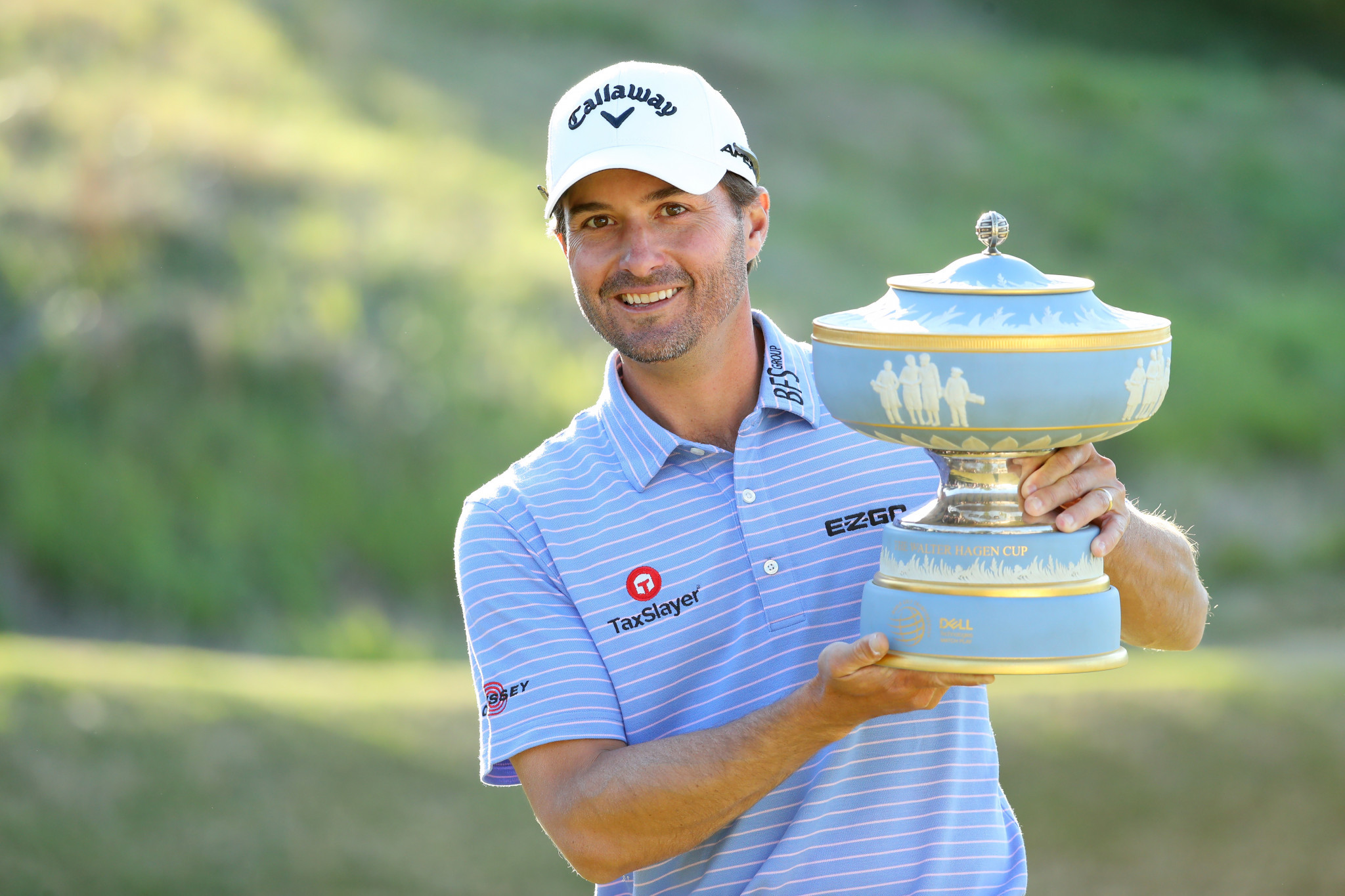 The world number 50 never trailed in the final and sealed a 3&2 win at Austin Country Club with a 20-foot putt for birdie.

Earlier in the day, Kisner had seen off Open champion Francesco Molinari in the last four, ending a 10-match winning streak for the Italian which included a record five victories at the 2018 Ryder Cup.

A good friend of Kisner's caddie passed away from Lous Gehrig's disease shortly before the tournament and in his press conference after the final, the 35-year-old said he had been playing for more than just the trophy.

"He was our biggest fan," Kisner said.

"Duane [Kisner's caddie] said he sat there every day and watched us.

"Even though they never show us on TV, he was always looking for us.

"We had a little guardian angel watching over us this week and he brought us to the finish line."

Kisner also made the final last year but fell to a 7&6 defeat at the hands of two-time Masters champion Bubba Watson.

This year, Kuchar reached the closing showdown with victory over Denmark’s Lucas Bjerregaard in the semis but only made two birdies against Kisner.

After 10 holes, Kisner was one up and the lead was doubled at the 11th when Kuchar’s tee shot found water.

The 2018 runner-up then went three ahead when Kuchar failed to halve the 15th and the match ended at the next hole when the world number 24 missed an eagle putt.

Having lost to Kisner in the semis, Molinari bounced back to win the third-place play-off against Bjerregaard 4&2.

Attention now turns to Augusta National Golf Club in Georgia, where the first Major of the season – the Masters – will begin in 11 days.