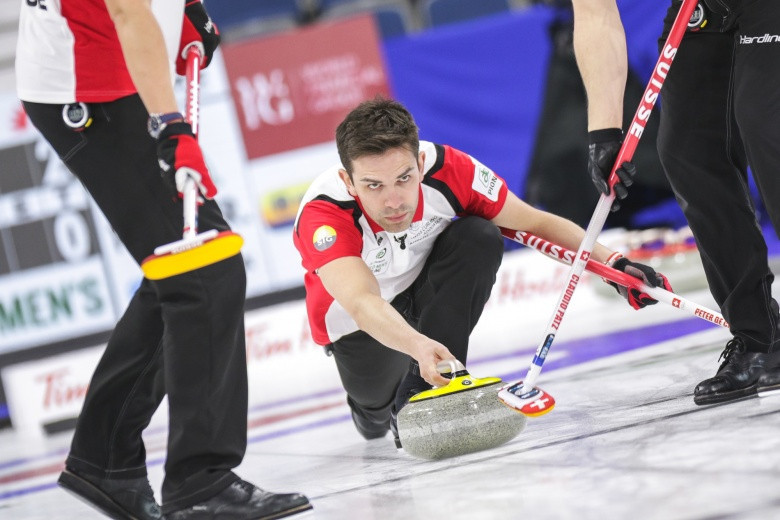 Canada won both their games on day two of the World Men's Curling Championship to maintain their place at the top of the round-robin standings in Lethbridge.

The home nation followed up a 9-5 win over Italy by beating China 8-6 at ENMAX Centre.

Canada skip Kevin Koe said: "We’re happy with the win, they are a good team and their skip made some good shots.

"Every time you win, you’re happy and then you move on.

"But that was probably our sloppiest game.

"We’ve played a lot of games, so maybe we didn’t quite have top concentration and maybe it showed a bit."

Japan, Sweden and Switzerland are joint-second in the standings with three wins out of three.

The Japanese defeated China and Norway by 9-6 scorelines, while defending champions Sweden overcame the Netherlands 9-4 before claiming an 11-5 victory over Norway.

Switzerland, meanwhile, backed up a 5-4 win over Scotland by beating Russia 9-7.

Fifth place in the standings is occupied by the Netherlands and the United States on two wins and one loss.

The Netherlands bounced back from defeat against Sweden to edge out Scotland 5-4, while Olympic champions the US, who lost to the Dutch yesterday, overcame South Korea 6-3 and Germany 8-6.

The Germans are tied for seventh place with Italy and Scotland on one win and two losses.

China, Norway, Russia and South Korea are yet to get off the mark having lost all of their outings.

Round-robin action is due to continue tomorrow.