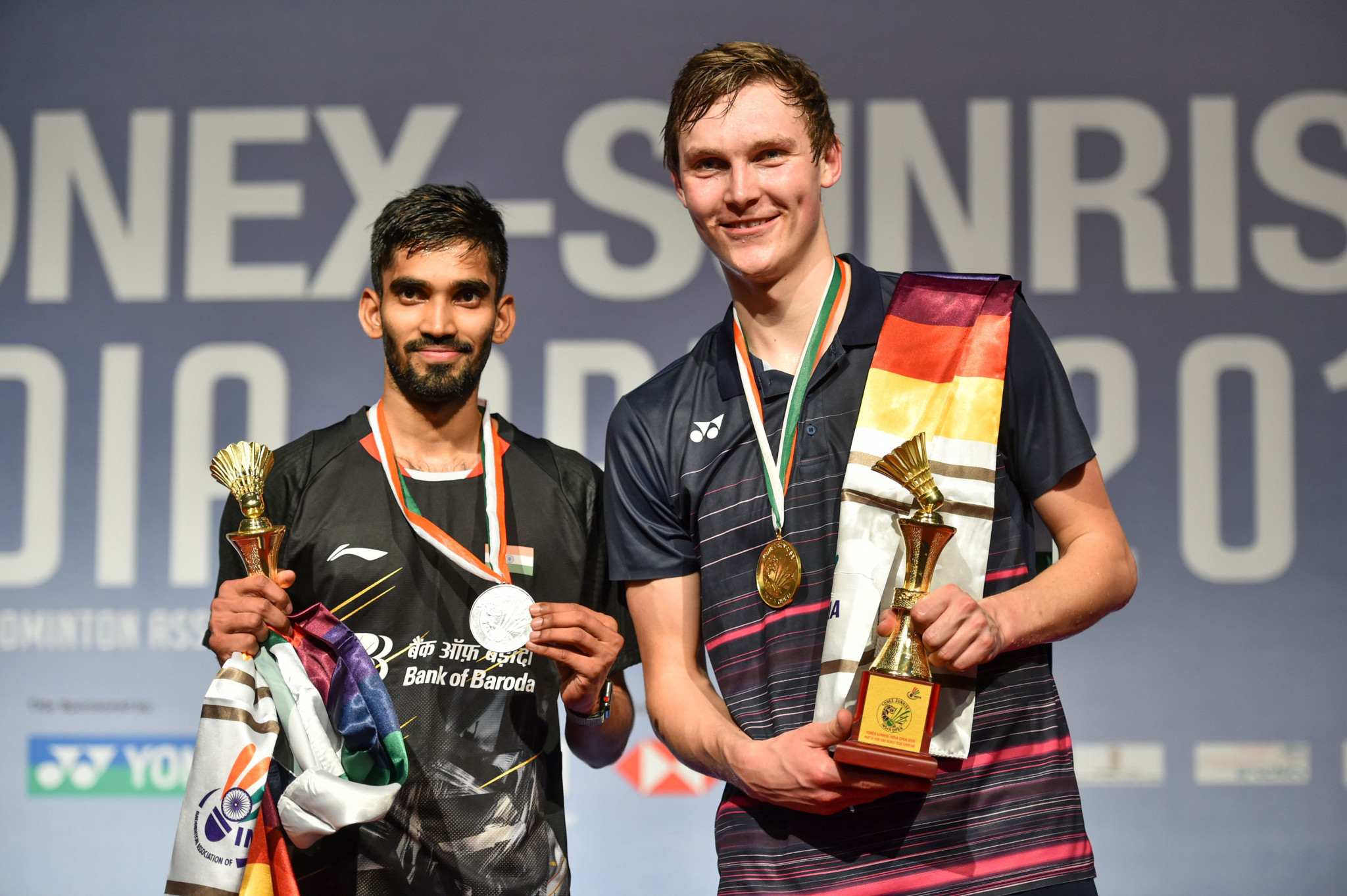 The meeting of the tournament's second and third seeds had been expected to provide a close contest at the K. D. Jadhav Indoor Hall.

Axelsen, the 2017 world champion and Rio 2016 Olympic bronze medallist, justified his status as the pre-match favourite early on.

He dominated and took the opener 21-7.

A closer second game followed as Kidambi sought to repeat his semi-final performance, where he battled back from behind to win.

They clinched a 21-14, 21-14 win over Indonesia’s Ricky Karanda Suwardi and Angga Pratama.

The mixed doubles title was secured by Wang Yilü and Huang Dongping of China.