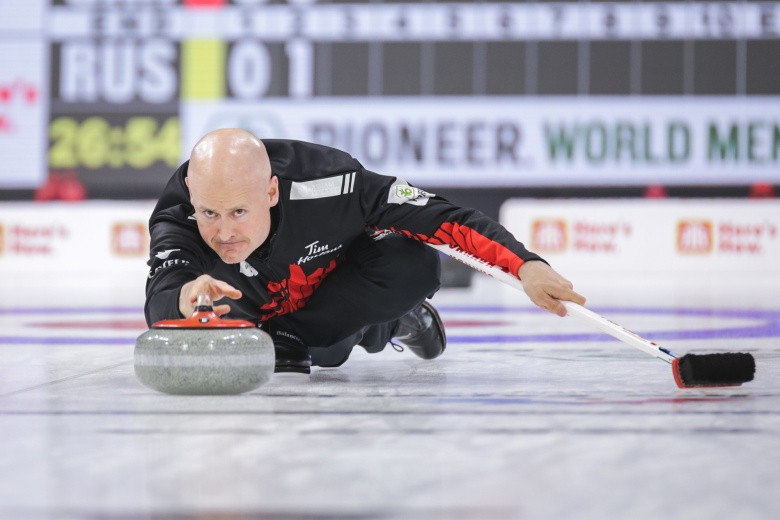 Hosts Canada were the only team to win twice on the opening day of the World Men's Curling Championships in Lethbridge.

Skipped by Kevin Koe, Canada began with victory over South Korea at Enmax Centre, winning 6-5 on an extra end.

They then thrashed Russia 11-3 in seven ends.

“It’s been a perfect day with two wins," Koe said.

"But it was good to be tested and having a close game this afternoon – that never does any harm.

"Tonight, we played good, we got a nice three in the first end and were off and running after that.”

Canada were the only team to win twice but Japan, the Netherlands, Scotland, Switzerland, defending champions Sweden and Italy took one victory each.

Japan won 6-4 against Italy, while the Netherlands triumphed 6-5 against Olympic champions the United States.