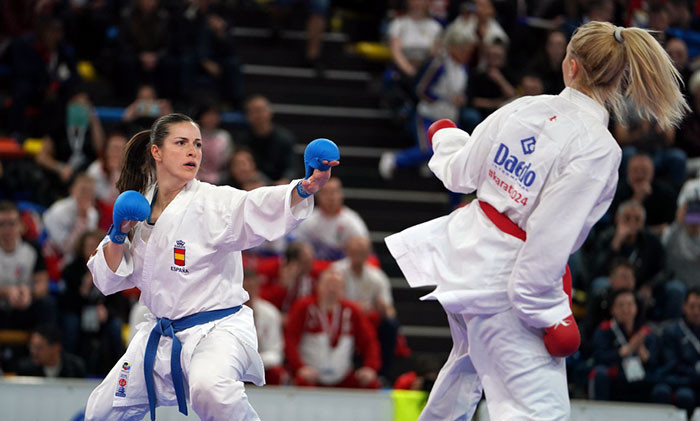 The hosts' first gold came from Laura Palacio after she surprised world champion Eleni Chatziliadou of Greece in the female kumite +68kg, winning 2-1.

“I have gone through very difficult times lately," said Palacio.

"My mum got sick and I had to take care of her.

"My performance suffered because my mind was not there.

"But I worked hard to be here and this is a dream come true for me because I got to do this in front of my family and friends."

Sandra Sanchez added a European title to her world title, triumphing in the female kata by defeating Italy's Viviana Bottaro.

Horne was the victor in the male kumite +884kg final, taking his sixth consecutive crown by defeating Serbia’s Slobodan Bitevic 4-1.

Dacosta achieved his second European success with a 10-1 thrashing of Montenegro's Mario Hodzic in the male kumite -67kg.

There were new champions in the Para-karate categories.

The competition concludes in Guadalajara tomorrow.