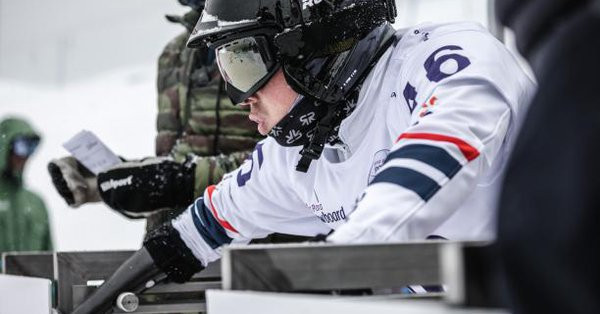 France's Maxime Montaggioni secured his second gold medal of the World Para Snowboard Championships in Pyha with a victory in the snowboard cross.

Montaggioni yesterday took gold in the SB-UL banked slalom and today followed that up by triumphing in the snowboard cross upper limb impaired final at the Polar Madness venue.

There was success for the United States in the other men's snowboard cross competitions, Keith Gabel winning the lower limb two impaired.

Noah Elliott then achieved America's second gold of the day, defeating Chris Vos of the Netherlands in the final of the lower limb one impaired.

In the women's competition, Lisa Bunschoten of the Netherlands took gold in the lower limb two impaired, winning against Canada's Sandrine Hamel and her compatriots Anne Garttener and Renske van Beek.

This was her second gold of the competition, having triumphed in the women's SB-LL2 yesterday.

France's Cecile Hernandez was the sole competitor in the lower limb one impaired so had a straightforward run to glory, while Poland's Monika Kotzian was the victor in the upper limb impaired final.