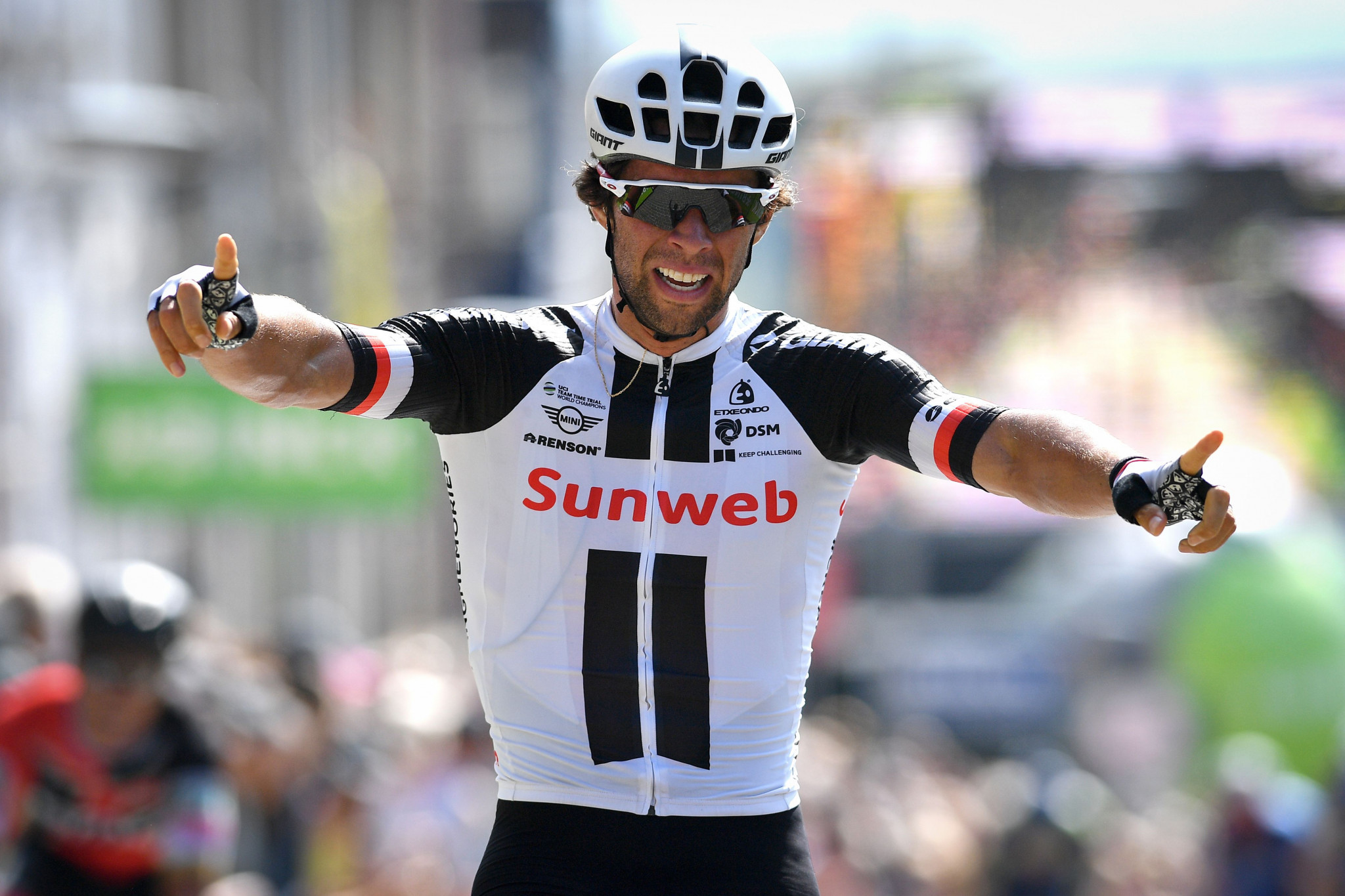 The 28-year-old Matthews, riding for Team Sunweb, launched a solo break at the end of the 169.1 kilometre route from Valls to Vila-seca.

Germany's Phil Bauhaus, riding for Bahrain–Merida, looked to have enough in the tank to reel in the Australian but despite coming up alongside, Matthews held on for victory.

He was timed at 3 hours 56min 36sec as Daryl Impey of South Africa and Mitchelton-Scott came through for third place.

Lopez, riding for Astana, had tried to break for the line but the Colombian was caught in the final 1,500 metres.

He remains at the top of the general classification in 25:53:41, 14 seconds ahead of Britain's Mitchelton-Scott rider Adam Yates with one stage to go.

The International Cycling Union WorldTour race will conclude tomorrow with a 143.1km stage, beginning and ending in Barcelona.

Tomorrow will also see the Gent-Wevelgem in Belgium, a one-day race on both the men's and women's WorldTour.

The Classic race features a flat finish which could aid the sprinters but three climbs of the Kemmelberg and various cobbled sections will also provide a challenge.

Wind and rain are also often a factor.

Among the women, defending champion and WorldTour leader Marta Bastianelli will be one of the favourites for Italy.

Dutchwoman Kirsten Wild, a six-time world champion on the track, is also part of the field.