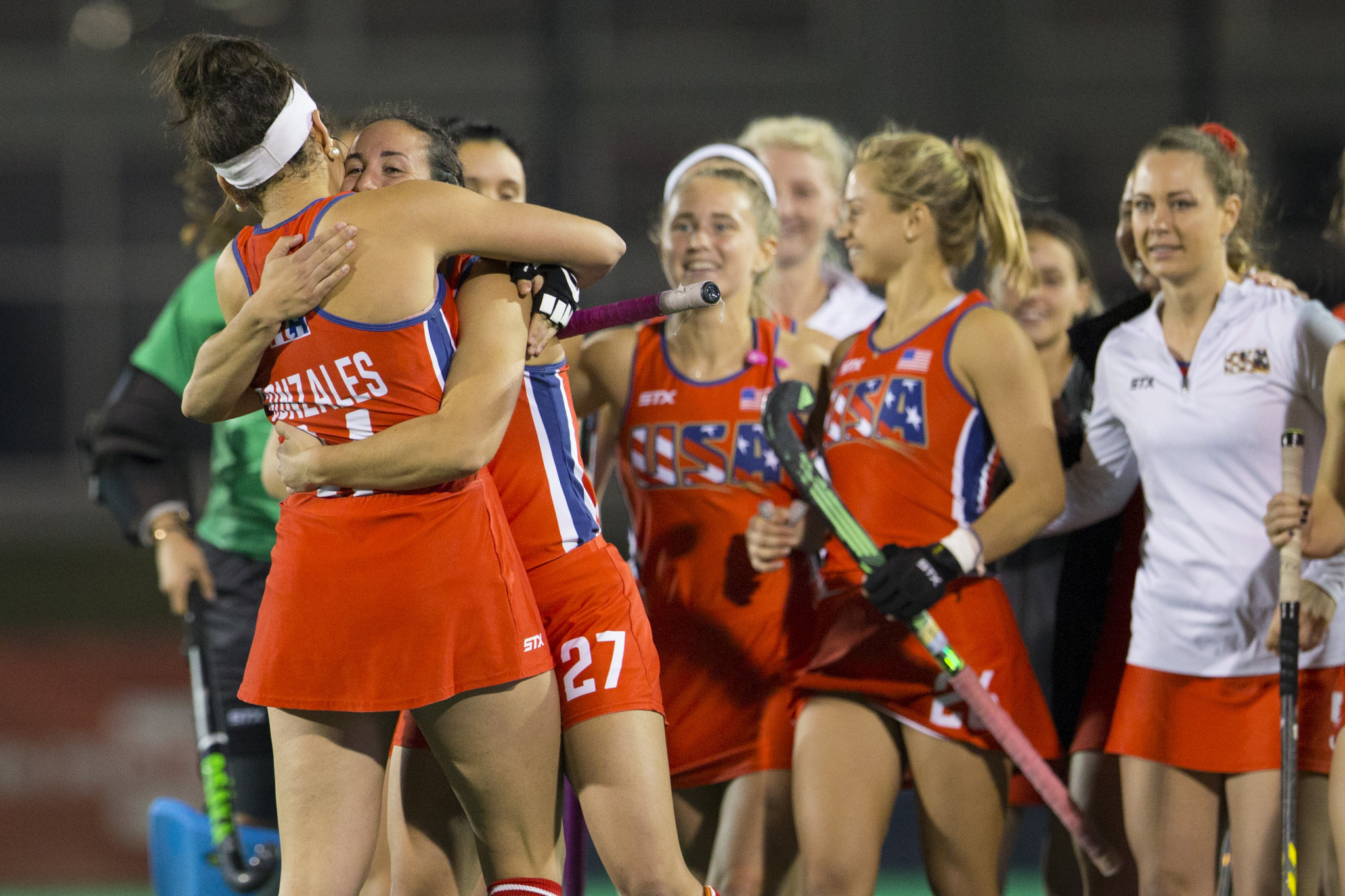 The 5-4 shootout success meant the Americans collected a bonus point after losing all four of their previous matches − one on penalties to Argentina.

It looked as if the US were heading for defeat again at Spooky Nook Sports Complex in Pennsylvania as Belgium led for much of the contest thanks to Alix Gerniers's fifth-minute opener.

She guided home a backhanded pass from Ambre Ballenghien and the hosts had to wait until the fourth quarter to level.

Danielle Grega did the honours on 50 minutes when she converted following a penalty corner.

The advantage swung back and forth in the shootout before Ballenghien's miss for Belgium allowed Linnea Gonzales to score the winning penalty.

Despite the bonus point, the Americans remain bottom of the table while Belgium sit fourth, the last qualification spot for the Grand Final.

"Once we got on the scoreboard we were able to play with a little bit more intensity," said US captain Kathleen Sharkey.

"It was disappointing we could not start with that intensity, but I think that is a key lesson we can take from this game.

"We need to come out with that intensity from minute one."

Belgium captain Jill Boon said: "I think we played a really strong first quarter, then a little bit off in the second, but I think we were really threatening their goal in the third and fourth quarter and we really should have scored one or two goals extra.

"But in the end we got the draw and in the shootout it is always a 50-50 situation."

The Women's Pro League will continue on Sunday (March 31) with the Americans welcoming Olympic champions Britain to Spooky Nook.

Argentina will also host China in Rosario, part of a double header which will see their men play Spain.