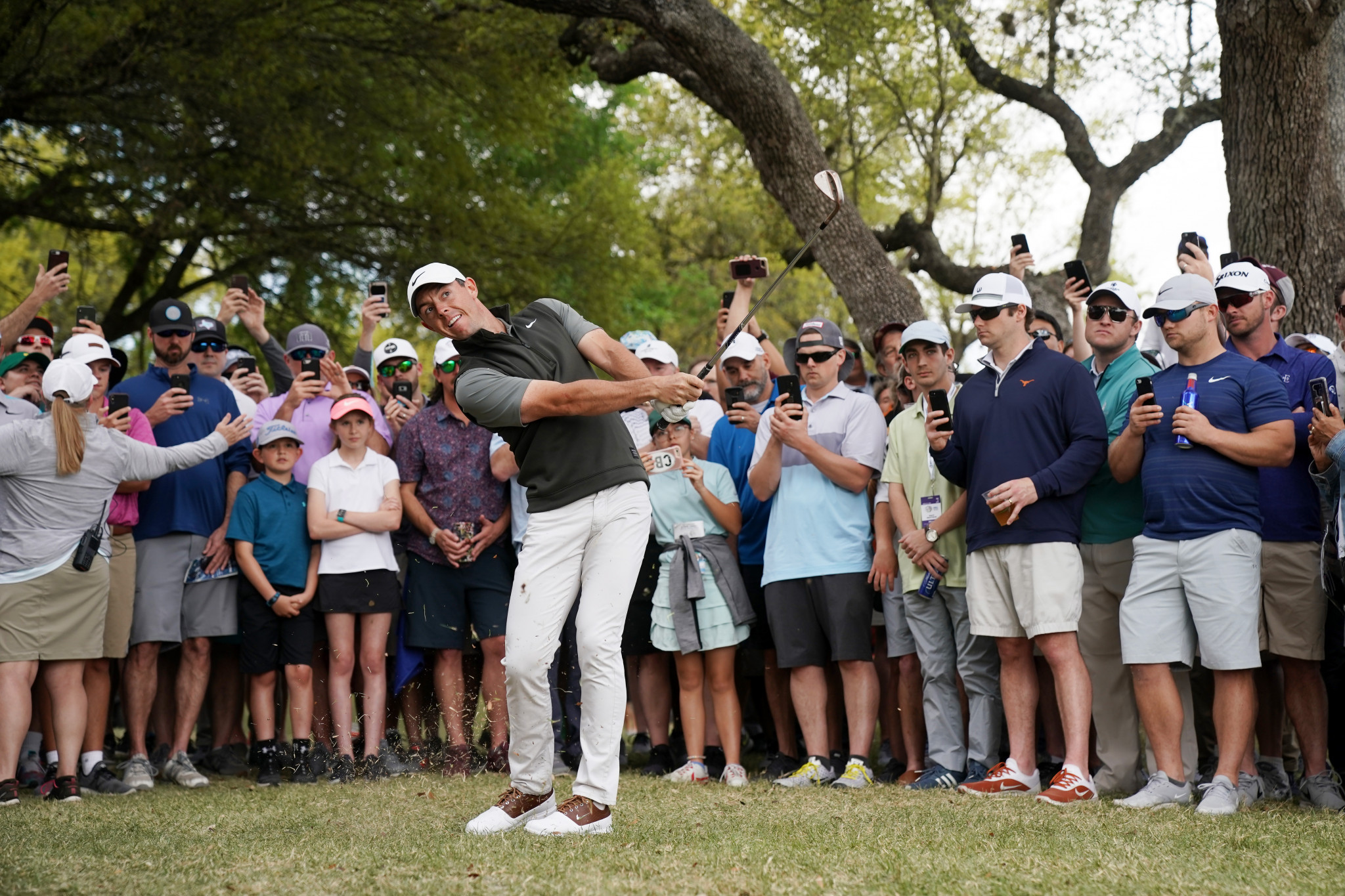 The Northern Irishman followed up his comfortable opening-day win over the United States' Luke List with an impressive 3&2 victory at Austin Country Club.

A superb eagle at the 12th from five feet saw McIlroy go one up before the next two holes were halved via bogeys.

The 29-year-old then holed from 12 feet for a winning birdie at the 15th and he closed out the match with his second eagle on 16.

He needs to avoid defeat against England’s Matthew Fitzpatrick, who is yet to win this week, to advance from Group Four tomorrow.

"It's a nice position to be in compared to the past couple of years, being in control of my own fate," McIlroy told Sky Sports.

"I've just got to go out and play well.

"I've been looking forward to the match against Fitz because I've become pretty close to him living down in Jupiter.

"[I need to] play similarly tomorrow, take my chances when I can and, hopefully, get three wins out of three and move on."

Tiger Woods could face McIlroy in the last 16 but the prospects of that took a hit today with the three-time winner losing 2&1 to fellow American Brandt Snedeker in gusty conditions.

The 14-time major champion did produce the best up and down of the day, however, kneeling down under a bush at the 10th to play a left-handed shot using the back of his club and stabbing the ball to within four feet of the flag before holing the putt.

But he found water off the tee at the 13th to go two down and was unable to recover.

Woods needs to beat the US's Patrick Cantlay and hope that another American, Aaron Wise, defeats Snedeker if he is to meet McIlroy.

"We had difficult conditions out there," Woods said.

"The wind was pumping and if you went around there with no bogeys, you would probably win your fair share of holes.

"We both made a couple of mistakes, but he made a few less mistakes than I did."

Rose next goes up against American Gary Woodland, who has won both his matches, to decide who reaches the last 16.

There were also a win for Open champion Francesco Molinari as the Italian cruised to a 4&3 success over Denmark's Thorbjørn Olesen.

It earned him a seventh consecutive win in match play, following his five at last year's Ryder Cup.

Defending champion Bubba Watson will not qualify after losing for the second day in succession, this time 2&1 against fellow American Billy Horschel.

Sweden's Henrik Stenson, the winner in 2007, ended the hopes of two-time champion Jason Day of Australia and will face the US's Jim Furyk to determine the winner of Group 12.

The winners of the 16 groups will progress to the knockout stage.

The tournament will then wrap up on Sunday (March 31).