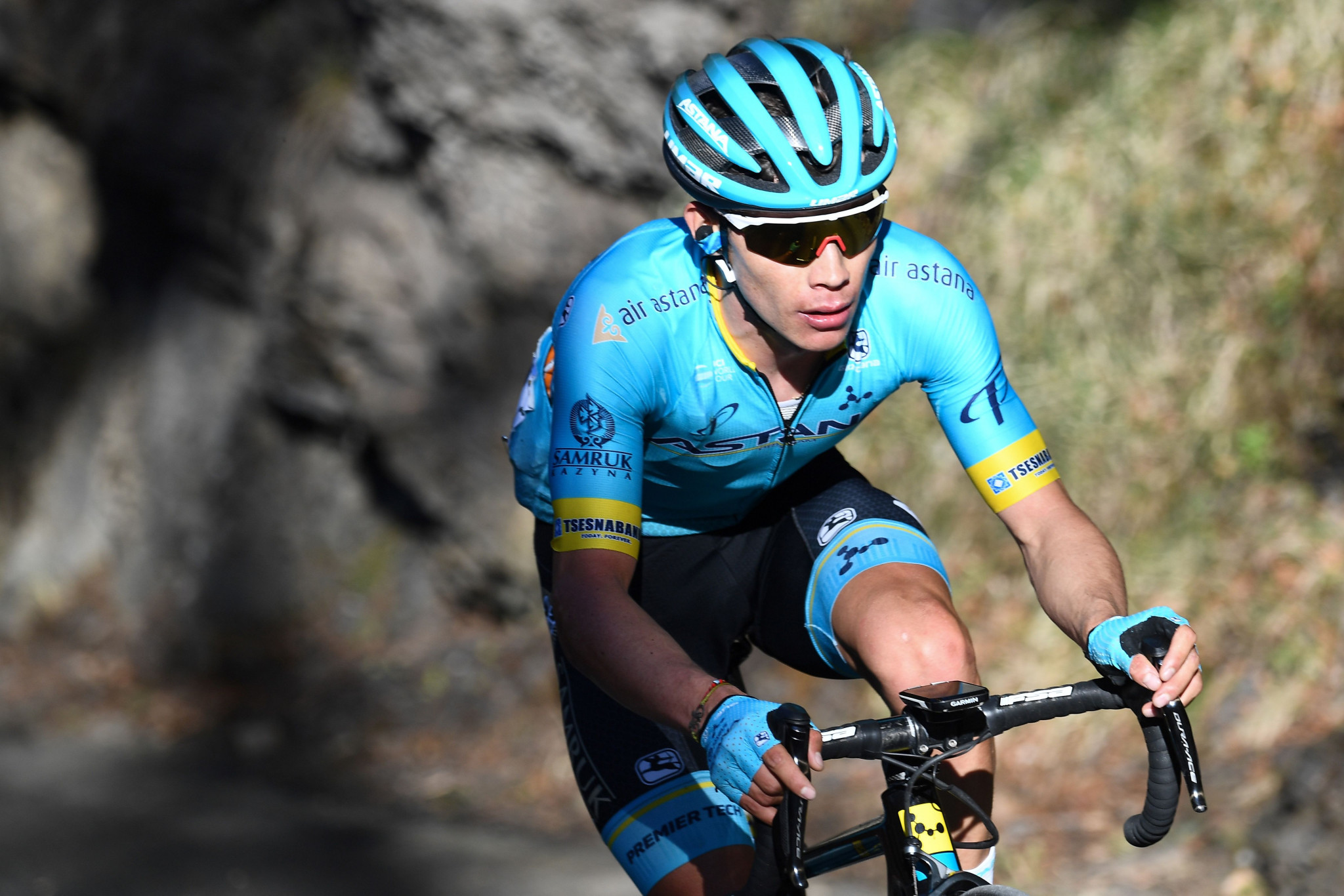 Miguel Angel Lopez seized the overall race lead at the Volta a Catalunya by breaking clear to win stage four in La Molina.

The Colombian attacked in the closing kilometres of the 150 kilometre stage in the Pyrenees, which began in Llanars.

He shook off the attention of his general classification rivals, before passing the remaining riders from the day’s breakaway.

Lopez crossed the line in four hours, two minutes and seven seconds, with his triumph on the queen stage continuing a fine start to the International Cycling Union (UCI) WorldTour season for the Astana Pro Team.

Colombia’s Nairo Quintana and the Netherlands’ Steven Kruijswijk were a further three seconds back.

The result saw Lopez head the general classification standings, with overnight leader Thomas De Gendt dropping out of the top 10.

Lopez has a cushion of 14 seconds over Yates, while Bernal is 17 adrift of the leader in third.

The Netherlands’ Kirsten Wild sprinted to victory at the end of the 134km one-day race, which forms part of the UCI Women’s WorldTour.

Wild crossed the line in 3:13:07, ahead of fellow Dutchwoman Lorena Wiebes.

Belgium’s Lotte Kopecky rounded off the top three in the same time as the winner.

The E3 BinckBank Classic is due to take place tomorrow as part of the men’s WorldTour.

The one-day race will see riders tackle a 203km route at Flanders in Belgium, with 15 categorised climbs set to test the peloton.

Last year’s edition, which was known as E3 Harelbeke, was won by the Netherlands’ Niki Terpstra.