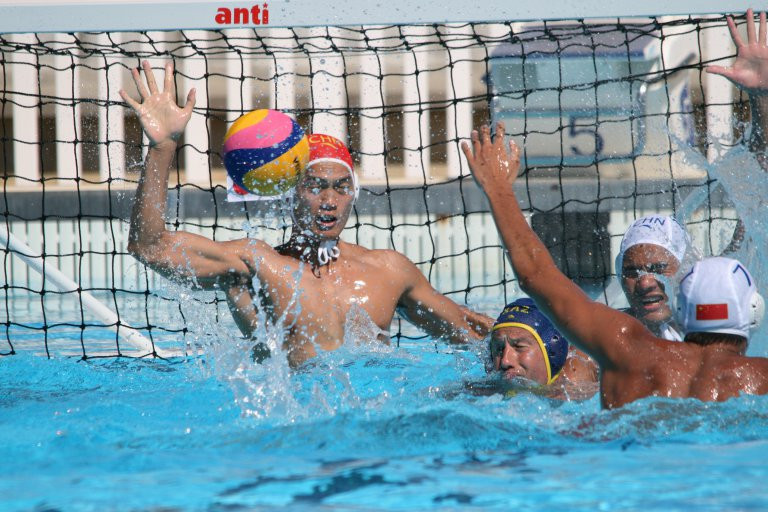 China claimed a thrilling 16-15 win over Kazakhstan today but still missed out on first place in Group B of the men’s event at the International Swimming Federation (FINA) Water Polo World League Intercontinental Cup in Perth.

Victory came via a sudden-death penalty shootout in a fractious match which had 30 major fouls and seven players ousted from the pool with the maximum foul count at HBF Stadium.

But the one point gained by Kazakhstan proved enough to secure top spot in Group B as China earned only two for the shoot-out win.

The lead changed hands on numerous occasions with China ahead by one at half-time and the three-quarter mark, before allowing Kazakhstan to equalise at 9-9 with less than two minutes remaining in the final period.

China prevailed after the 14th attempt of the shootout, by Kazakhstan’s Maxin Zhardan, was blocked.

Argentina claimed third spot in Group B with a 14-9 victory over New Zealand.

In Group A, hosts Australia closed out the opening stage with a third win, downing South Africa 19-6.

Japan clinched second with a 13-10 victory over Canada.

In the women's event, the United States secured first place in Group A with an impressive 20-3 win over New Zealand.

China came back against a feisty Japan to take second place, clinching an 8-7 victory thanks to a goal that came with little more than a minute remaining.

Australia topped Group B after finishing with a 15-4 victory over Kazakhstan in the final match of the night.

Among tomorrow’s quarter-final matches are China’s clash with Kazakhstan and Japan’s encounter with Canada.

The US lock horns with South Africa and New Zealand take on Australia in the other two last-eight ties.