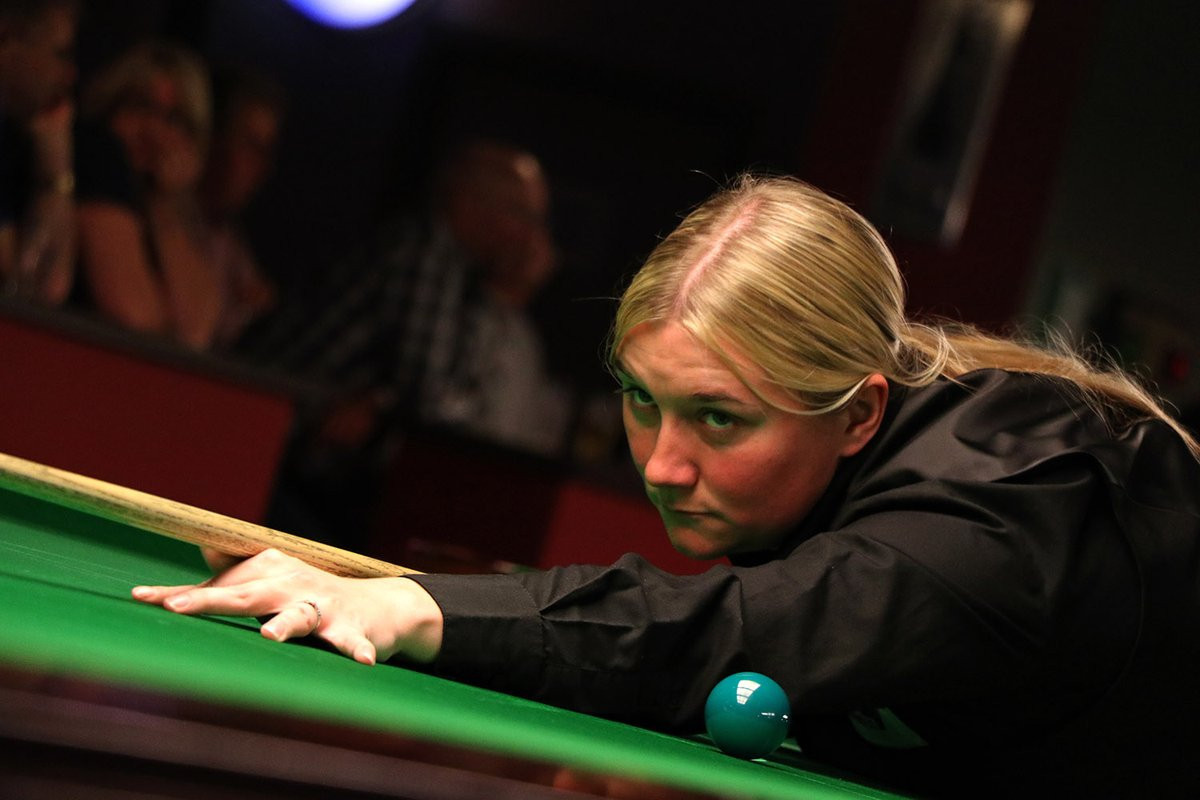 Britain's Rebecca Kenna, third in the World Women's Snooker (WWS) rankings, has quit her local snooker league after being prevented from playing matches due to being a female.

Kenna, a 2016 and 2017 Women’s World Snooker Championship semi-finalist, plays in the Crosshills and District Snooker League.

She has quit, however, after being turned away from two matches due to some clubs in the league holding a "men-only" policy.

Upon speaking to the league organisers, they said they could not overturn the decision.

"To be told you can't play the sport you love because of your gender is ridiculous and it's quite upsetting," Kenna said, as reported by BBC Sport.

"When we were playing these teams I would just have to stay at home.

"I think we should make it so these 'men-only' clubs are not allowed into the league if they are not going to let women play."

"If we lose two of these clubs with the men-only policies we would lose four teams and we can't afford to lose four teams otherwise we would have no league," Crosshills and District Snooker League committee member Alan Speak said.

Can't believe this happens in 2019! @RebeccaKenna89 (ranked #3 on the World Women's Snooker Tour) told us on @BBCLookNorth she can't compete in local league fixtures at 2 clubs in her hometown of Keighley - because they're men-only!🙅‍♀️ pic.twitter.com/QvNBBciIfe

WWS responded to the reports with a statement.

"WWS is committed to promoting more opportunities for women and girls to play our fantastic sport and to be able to compete together with men on a level playing field at all levels," it said.

"The World Professional Snooker Tour is open to all with no barriers to entry and based on a mixed gender equal opportunity policy.

"Several women and girls who play on our tour also regularly compete alongside men in mixed gender leagues across the country without any barriers.

"It is disappointing and unacceptable that in 2019 that players such as Rebecca Kenna have been the victim of antiquated discriminatory practices.

"These are not condoned by snooker’s world governing body the World Professional Billiards and Snooker Association (WPBSA) or WWS, and together with our partner organisations we fully support Rebecca’s position.

"The WPBSA adopts a clear equal opportunities policy through which these venues will not be considered to host any international competitions and are ineligible to be affiliated to England’s official club scheme The 147 Club until they can demonstrate equality."

Women have competed against men on the international stage, with Evans and Thailand's Nutcharut Wongharuthai triumphing against male players at the mixed gender World Snooker Federation Championship in March 2018.