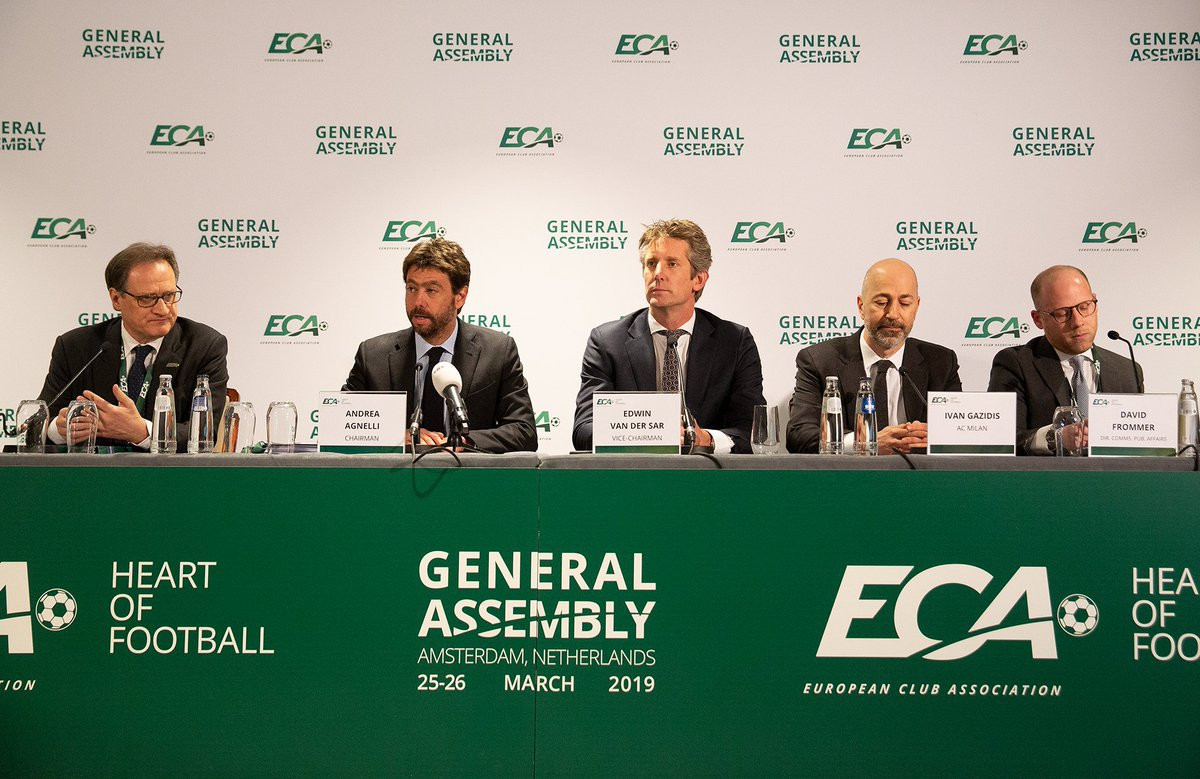 The European Clubs Association (ECA) agreed at its General Assembly in Amsterdam to oppose the Club World Cup which FIFA want to begin in 2021 to replace the Confederations Cup.

The 164 member clubs of the ECA, whose members include the clubs from all of Europe's top leagues, expressed disapproval of the new plans for the competition being pioneered by FIFA President Gianni Infantino.

The event currently features seven teams, with only one from Europe, the winner of the UEFA Champions League.

It was announced earlier this month that it would be expanded to include 24 clubs from the six continental Confederations, eight of which would be from Europe.

The tournament would replace the Confederations Cup in 2021.

The ECA oppose the idea, however, as it is set to take place from June 17 to July 4, an already congested period of time.

The African Nations Cup is set to take place in the same summer, with the competition requiring European players.

"We have repeatedly stressed that the international match calendar and competitions have been agreed and defined up to 2024," ECA chairman, Andrea Agnelli, said at the General Assembly.

"The main priority at this stage must be for stakeholders to engage in a detailed assessment of how the landscape of international football might evolve post-2024 prior to addressing specific competitions.

Agnelli also complained they had been given no information by FIFA on how the European teams would qualify for the event.

"I don’t understand how we could possibly take part today since there is nothing about access," he said, as reported by insideworldfootball.

"We need more detail before we can commit to such a project.

"We are the ones investing in players, infrastructure, youth development.

"The idea of a competition like this on a global scale might make sense but the way this has been managed is like managing the local lottery for Thanksgiving.

"A window has been blocked to put together a competition for clubs from across the world but that’s all we know."

Other business included the reelection of Ivan Gazidis, chief executive of Italian Serie A club AC Milan, as a member of the ECA Executive Board and a unanimous vote to promote diversity and inclusion in football as a statutory objective of the organisation.