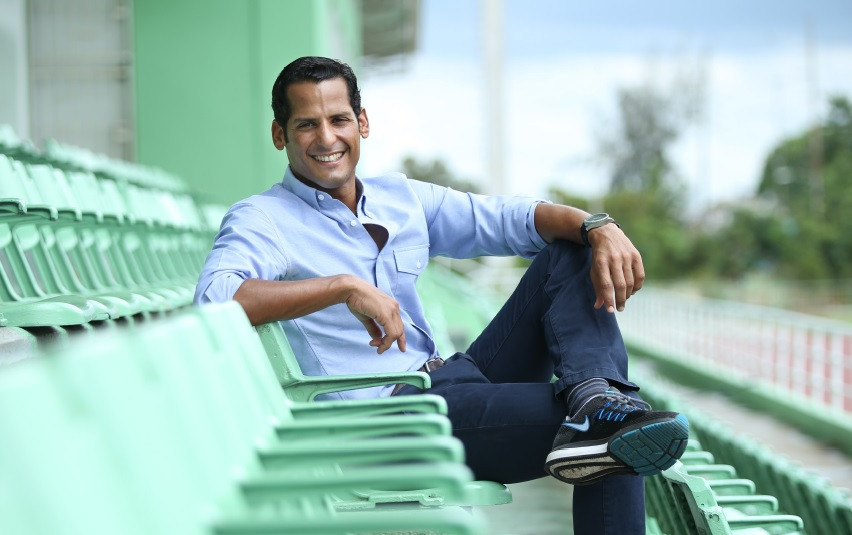 Dominican Republic's Marcos Diaz has vowed to explore alternative sources of funding and to rebuild the reputation of the World Anti-Doping Agency (WADA) following the Russian scandal in his manifesto for President.

Diaz, a member of the WADA Foundation Board and Executive Committee, is one of three candidates in the running to succeed Sir Craig Reedie.

The 44-year-old former marathon swimmer is the last of the contenders to outline his plans for WADA should he become the fourth President in its history in its 20-year history.

In his manifesto, Diaz claims he will look to the private sector to increase WADA's current budget and "obtain the resources needed to expand the reach" of the global anti-doping watchdog.

WADA officials have consistently called for more funding but previous attempts at getting others, aside from the International Olympic Committee and Governments, to contribute to anti-doping have failed.

Another key pledge from Diaz is to launch an international consultation process within sport to help WADA repair its image and reputation following the Russian doping scandal.

This would involve "listening to the needs of the different sectors and designing the first actions that should be implemented", Diaz writes.

Diaz's manifesto focuses on four main aims - guaranteeing the meaning of the "W" in WADA, continuous contact with stakeholders of the world anti-doping system, capacity building and international image and reputation.

The Dominican official believes there should be a greater geographical spread among those involved in the decision-making process and has vowed to establish "a more dynamic and representative participation" in countries which have not been part of the anti-doping debate.

Diaz, whose candidacy is backed by the Americas, claims he has "the knowledge and proven experience to assume the responsibility of carrying out a transformation for a stronger and more independent WADA, always transparent and, above all, representative of global diversity".

"My constant, active, and direct participation in all scenarios, has allowed me to witness the level of conviction of all the key actors in the world anti-doping system towards achieving a clean sport," Diaz said.

"I know the concerns and apprehensions of the athletes.

"I am aware of the needs and realities of the national anti-doping agencies.

"I am familiar with the feelings of WADA’s staff, I have interacted very closely with them and I recognise their vision and aspirations.

"I am committed to leading a process of transformation for the strengthening of WADA, with the purpose of achieving a more global, transparent, united, and representative organisation, where no one is left out."

Polish Sports Minister Witold Bańka was proposed as Europe's candidate for WADA President over vice-president Linda Helleland, who has vowed to continue her campaign despite failing to secure the backing of her continent.

The public authorities hope to reach a consensus on who should be the next President at a meeting on May 14.

A secret ballot will be held if this is not possible, where each member of the WADA Foundation Board representing one of the five regions will have one vote.

It means that 18 members of the Foundation Board will have a chance to participate in the voting process, comprising of five from Europe, four from the Americas and Asia, three from Africa and two from Oceania.

The public authorities want their chosen candidate to shadow the current WADA administration before Sir Craig officially steps down during the World Conference on Doping in Sport in Katowice in Poland from November 5 to 7, where there will not be a formal election.