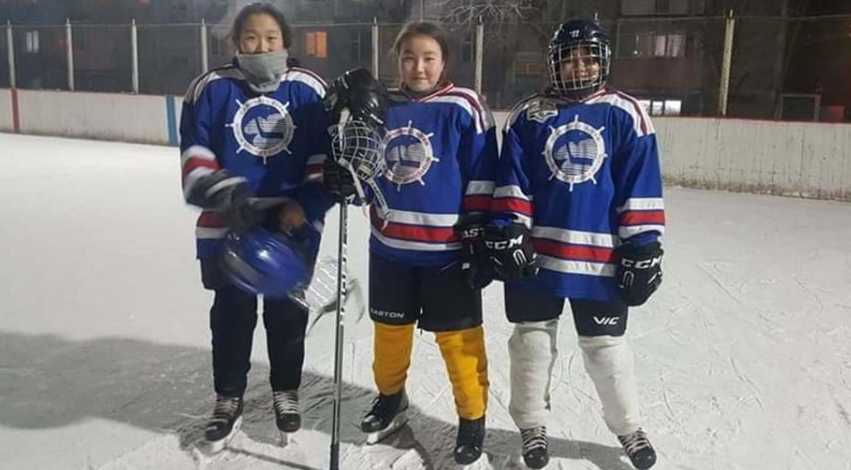 The team will play at the 2019 IIHF Ice Hockey Women’s Challenge Cup of Asia Division in Abu Dhabi from April 14 to 19, competing against fellow debutantes Kuwait, the United Arab Emirates, the Philippines and India.

Last summer, only four female hockey players were registered by the Mongolian Ice Hockey Federation, but there are now enough players to make up a team.

Mongolian Ice Hockey Federation vice-president Mergen Arslan is the team's coach and brought the players together to participate in a training camp in the capital Ulaanbaatar.

Several players from the men's team also attended as coaches.

"Hockey is not just only for men," said Arslan.

"I want to make sure women have a right to play the sport they want.

"In the different provinces and villages, there’s girls skating, female players skating, and we’ve provided them with hockey equipment and some of them have already started playing, so that’s really good news."

The age range in the team is from 13 to 29, and for many of the players it will be the first time travelling outside of Mongolia.

"They are all very excited and they all are working very hard to go to this tournament, very very hard," Arslan said.

"The main purpose of sending a team is to start having this women’s, female hockey going.

"We don’t care what medal, what position we get, it’s just important to make the first step."

It will also be the first time that many players will be competing on an indoor rink, which Mongolia does not have.

Arslan is also the coach for the Mongolia's male team, which has progressed significantly over the last six years.

They have won back-to-back Challenge Cup of Asia competitions.