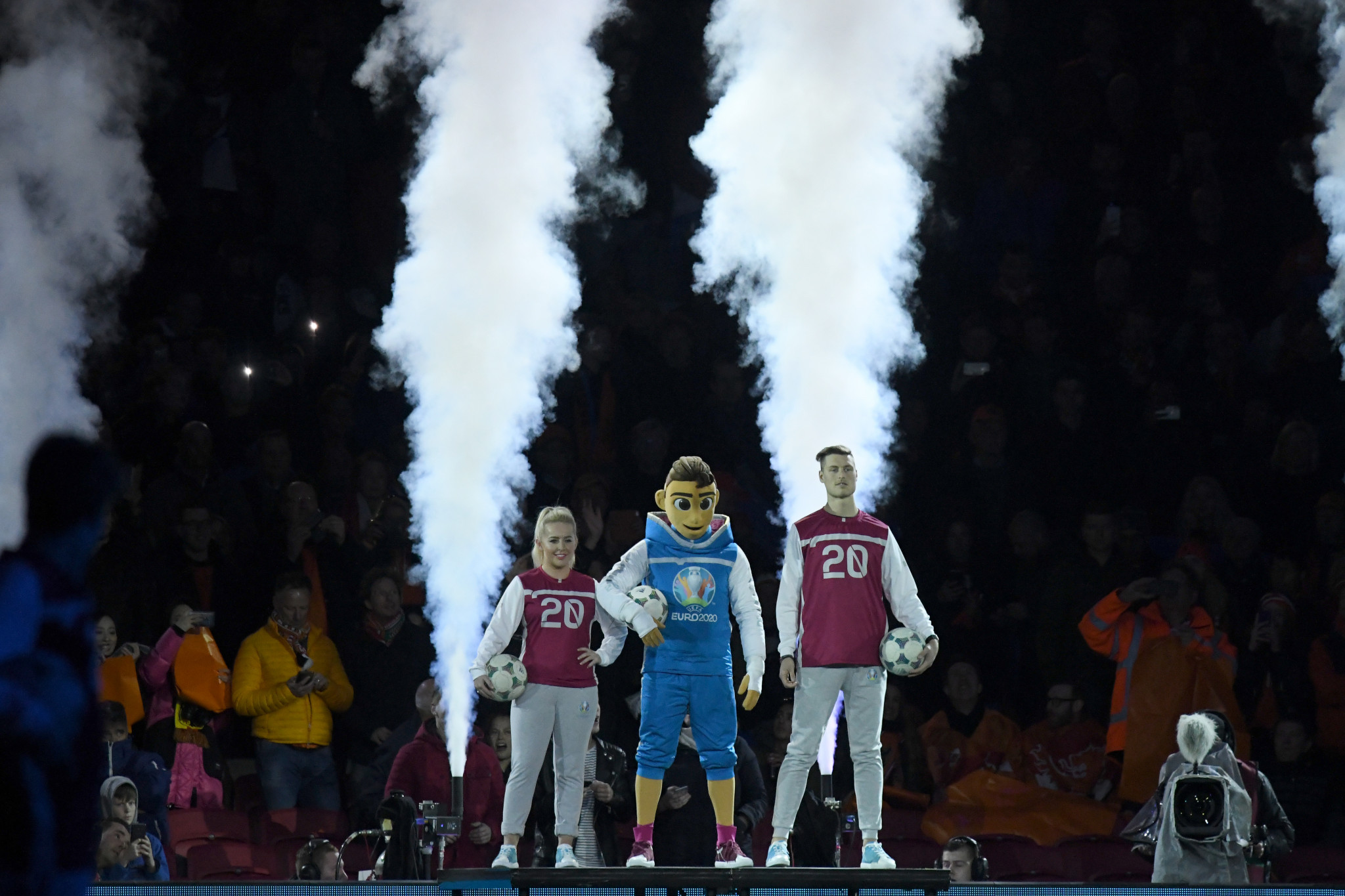 The governing body of football in Europe unveiled Skillzy as its mascot for the UEFA Euro 2020 Championship ahead of a qualifier between Netherlands and Germany in Amsterdam.

Prior to kick-off, accompanied by two of the world's best football freestylers, Liv Cooke and Tobais Becs, Skillzy showed off some moves in front of 55,000 people at Johan Cruijff ArenA.

The mascot is part of a wider campaign by UEFA to engage more young people in next year’s tournament, with fans from across the Euro 2020 host nations being encouraged to share their skills online.

"Being able to take the beauty of freestyling, street football and panna to fans all over Europe is a really special opportunity,” Cooke said.

"Whether it's playing in the park or on the world stage, whether it is football or freestyling, it's about expressing yourself with the ball at your feet."

Once videos from all 12 host nations have been received, Cooke and Becs will shortlist the best entries for a public vote.

Two winners from each of the 12 host cities – one male and one female – will then be chosen, at which point they will become official UEFA Euro 2020 freestylers, an accolade which will allow them to perform their skills at “select events”.

“UEFA Euro 2020 will be one of the biggest sporting events in history and the involvement of freestyle culture will only enhance it as a spectacle and make sure there is something for everyone,” Becs said.