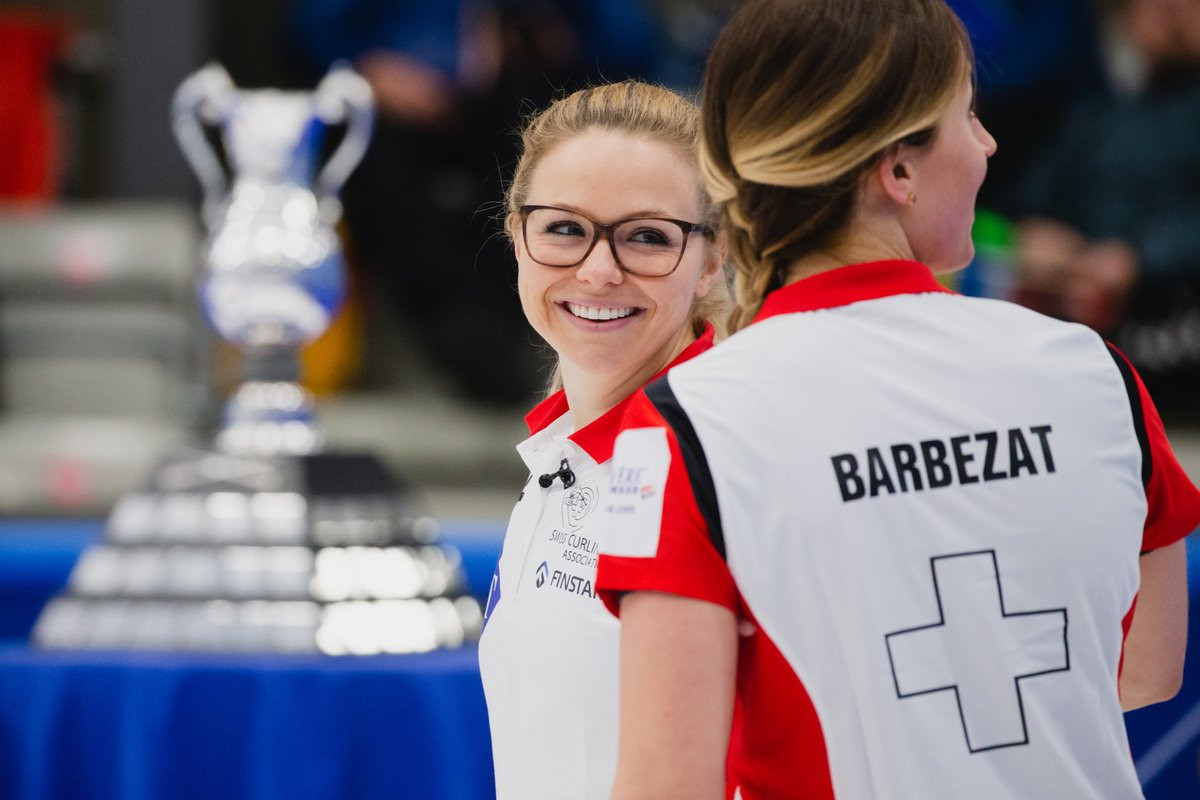 The final at Silkeborg Sportscente was evenly matched, with Switzerland scoring a point in the 10th end to pull level at 7-7.

With the match heading to an extra end, it was Switzerland who took advantage, scoring a point to give them the gold medal.

It was the first time that particular team had secured a world title, but the fifth time for Switzerland since 2012.

"It’s hard to believe, we’ve been up and down all week and this game was just the same.

"Even in the last end it was so open and then we had the pick-up and it was all on the line again."

Switzerland are world champions! An open draw to the button in an extra end against Sweden! 🇨🇭🥇#WWCC2019 #Curling pic.twitter.com/hdELH19PSI

They beat Japan 7-5, having opened the scoring in the third end.

"We’ve been in many competitions but to get a medal in competition, together with my team and our coach, is amazing, I can’t express how happy I am," said South Korean skip Minji Kim.

"It’s a real honour to have Korea’s first medal at the World Championships and it’s really great that we won the game."