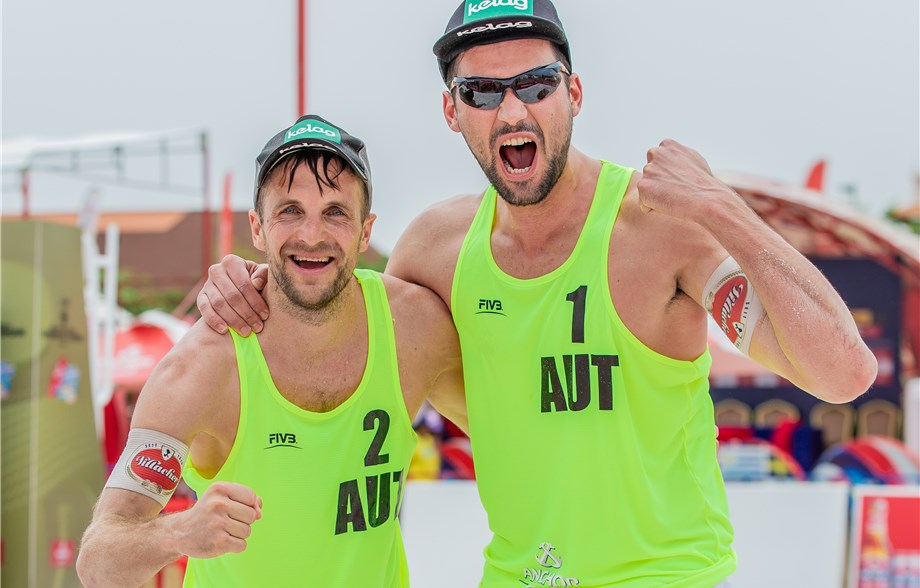 The duo had beaten Switzerland’s Quentin Metral and Yves Haussener 21-18, 21-15 in the semi-finals of the two-star event.

They faced Russia’s Maxim Sivolap and Artem Yartzutkin in the final.

Sivolap and Yartzutkin had backed up their victory over top seeds Jyrki Nurminen and Santeri Siren of Finland in yesterday’s quarter-final by winning their last-four match.

The Russians had appeared on course to secure victory in the final when they claimed the opening set.

The bronze medal match was won by Metral and Haussener.