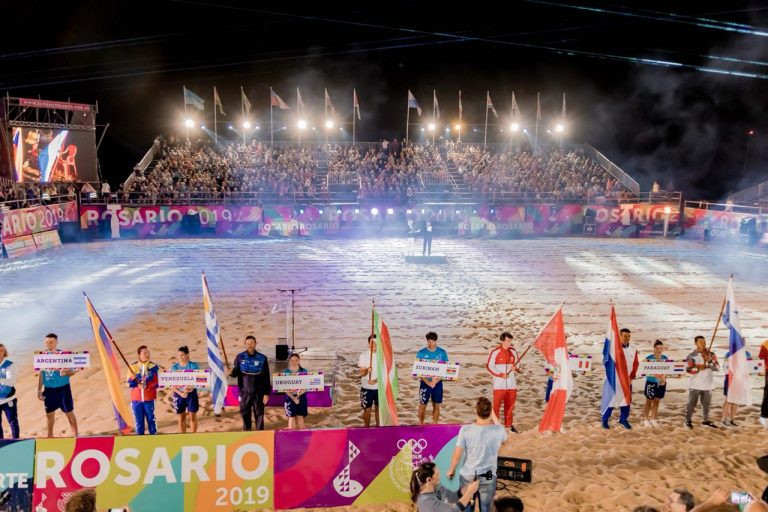 Hosts Argentina have topped the medal table at the South American Beach Games with the Closing Ceremony held in Rosario.

They secured a number of medals on the final day, including silver in the beach football at Red Stadium.

They were defeated by a dominant Brazilian side, who won 8-1.

Colombia took bronze with a 6-5 victory against Paraguay.

Brazil also picked up golds in the beach tennis events, with Thales Oliveira seeing off Venezuela's Ramón Guedez 7-5, 6-2 in the men's singles.

Another Brazilian gold came in the stand up paddle surf long distance competition, with Lena Guimaraes Ribeiro triumphing in the women's event in 2:00:45.

In the men's event, Peru's Vicente Delgado finished in 1:48:21 to win gold, while Brazil's Vinnicius Furtado took silver in 1:49:02 and Argentina's Francisco Giusti claimed bronze in 1:55:44.

The day's action was followed by the Closing Ceremony, featuring a speech by Rosario's mayor, Monica Fein.

"My thanks to all those who during these years planned, thought and dreamed of this," she said.

"It was not easy, it took a lot of effort and few hours of sleep, but we had the opportunity to show the continent what we are capable of."