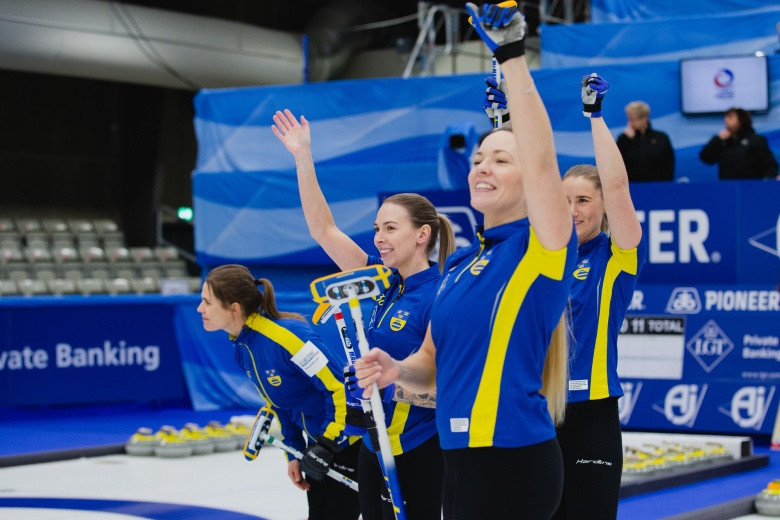 Sweden beat Japan to reach the final of the World Women's Curling Championships in Silkeborg in Denmark.

The clash was fairly even until the sixth end, when Sweden moved into a 5-2 lead.

Japan could only score one point in the eighth end, before their opponents made the score 6-3 in the ninth.

Sweden then ran Japan out of stones in the 10th end to see them into the final, where they will face Switzerland.

They scored a point in the first end, before South Korea did the same in the second.

A blank third end followed, the Swiss then taking a point in the fourth to move to 2-1 the scoreline.

The next end saw South Korea play a double take-out to deliberately blank again and keep the last stone advantage.

Despite this advantage going into the sixth end, the South Koreans could only score one point to bring the tie level at 2-2.

Switzerland made the score 3-2 in the eighth end, with the ninth end drawing yet another blank.

In the final end, South Korea equalised, forcing the clash into an extra end.

Switzerland then scored two points to make it 5-3 and seal progress.

“I don’t have any words," said Switzerland's skip Silvana Tirinzoni.

"It’s been such a hard week – for every game, for every rock.

"Now we are in the final, it feels amazing.

"Usually Asian teams prefer to draw. I was a little bit surprised they were defensive.

"I didn’t mind at all, as this was more our game."

The final will take place tomorrow.