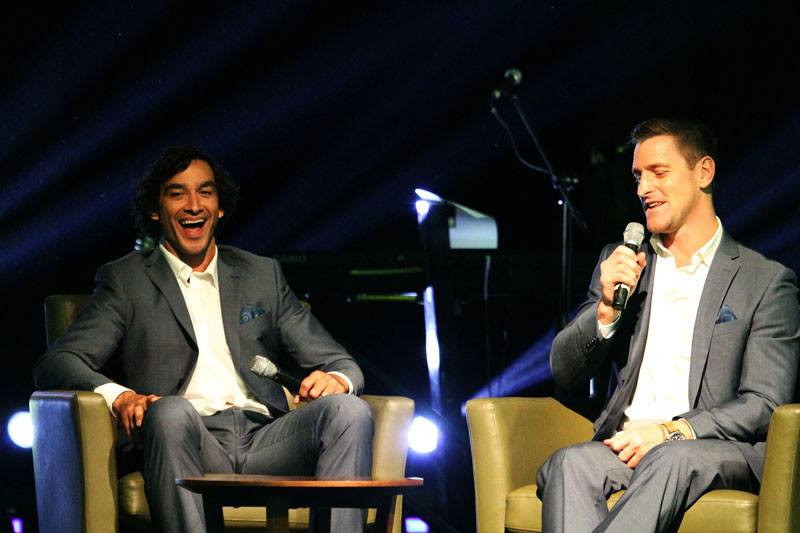 Australia's Jonathan Thurston and Brent Tate, both former players for the North Queensland Cowboys, attended the events, as reported by The National.

The company sponsors the annual fun run event which raises money for the PNGOC.

This year's funds going towards Team PNG and the athletes competing in July's Pacific Games in Samoa.

The Trukai Fun Run is due to take place on June 16 this year, marking 20 years of partnership between Trukai and the PNGOC, with the auctions selling tee-shirts for the event.

"We are absolutely delighted to have Trukai and the Cowboys Johnathan Thurston and Brent Tate be part of the Fun Run this year," PNGOC general-secretary Auvita Rapilla said.

"We’ve had the Fun Run going on since 1983 with support from the corporate community and our partnership with Trukai has been going on for 20 years now.

"The support really means a lot to Team PNG and our athletes because PNG is predominantly made up of athletes that are students, unemployed or in the low income category.

"We do a lot in terms of fundraising and we raise the necessary funds to help our athletes who want to excel.

"It is a big team and its’ always a challenge for us raising the necessary funds and we’re only able to do that with the support from corporate partners like Trukai Industries."