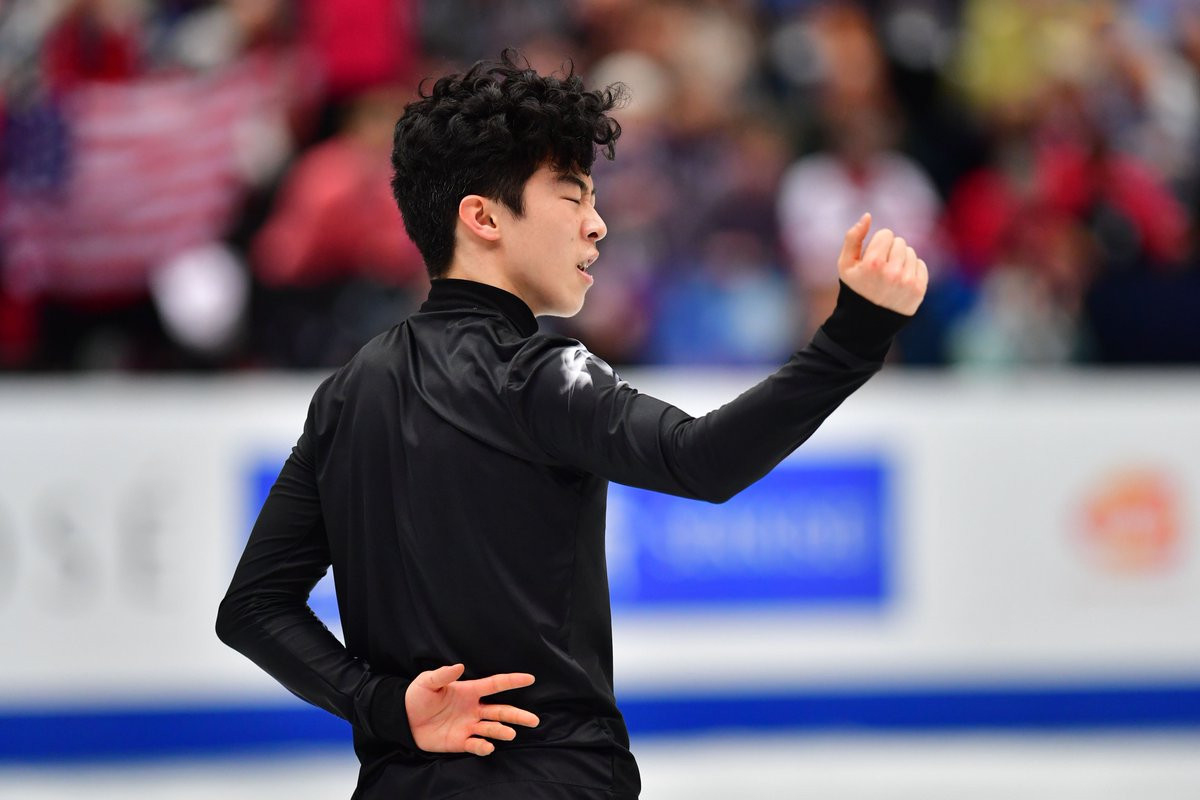 Two-time world champion Hanyu had to settle for silver on 300.97 points.

The bronze medal was earned by Chen's team-mate Vincent Zhou, who recorded a score of 281.16.

Victory saw Chen become the first American to successfully defend the men's singles crown since Scott Hamilton achieved the feat between 1981 and 1984.

Skating to “Land of All” by Woodkid, the 19-year-old, the leader after the short programme, landed four quadruple jumps as his free skate routine was rewarded with 216.02.

Hanyu also impressed, scoring 206.10, but it was not enough to beat Chen.

"I’m glad I put out two strong skates both here and last year and I hope to compete against Yuzuru further in the future," said Chen.

“Every time Yuzu skates, he does something amazing and incredible and it’s just a huge honour to skate with him and skate after him, especially knowing how he sets the bar.

Papadakis and Cizeron, the Olympic silver medallists, proved too strong in the ice dance competition with a score of 222.65.

Victoria Sinitsina and Nikita Katsalapov of Russia took silver to finish on the World Championships podium for the first time, while bronze went to United States duo Madison Hubbell and Zachary Donohue.

"It was a great performance.

"We wanted to win the competition and this year focused on what we want to achieve.

"It is a tough competition with lots of competitors and it is not easy to fight against the stress and pressure.

"We’re just very proud we did it again this year."