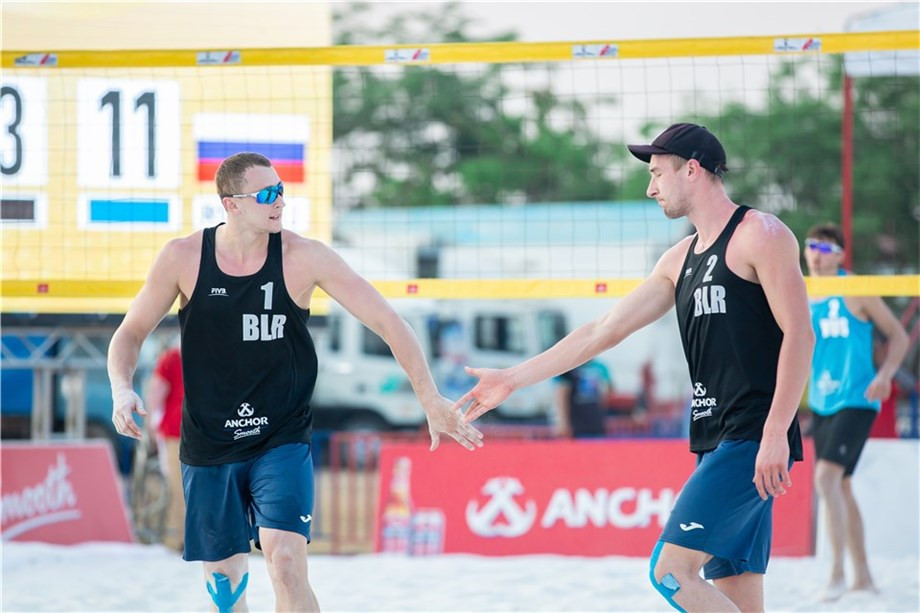 The Belarusian duo, who already have a World Tour gold medal to their name this season, booked their place in the main phase with two victories.

Dziadkou and Piatrushka defeated Ed Ratledge and Adam Roberts of the United States 21-10, 21-11 in their opener.

Their place in the main draw, which begins tomorrow, was assured when they earned a 21-17, 21-17 win over the Russian pairing of Petr Bakhnar and Aleksandr Kramarenko.

Thailand’s Surin Jongklang and Banlue Nakprakhong were among the other qualifiers on the first day of action in Siem Reap.

The Thai duo beat Sweden’s Martin Appelgren and Alexander Annerstedt 21-19, 19-21, 15-12 to secure their main draw spot after they had earned a bye in the opening qualification round.

The Danish duo won both their matches in straight games, ousting the Canadian pair of Jake MacNeil and William Hoey 21-16, 21-17 and New Zealand's Thomas Hartles and Alani Nicklin 21-14, 21-11.