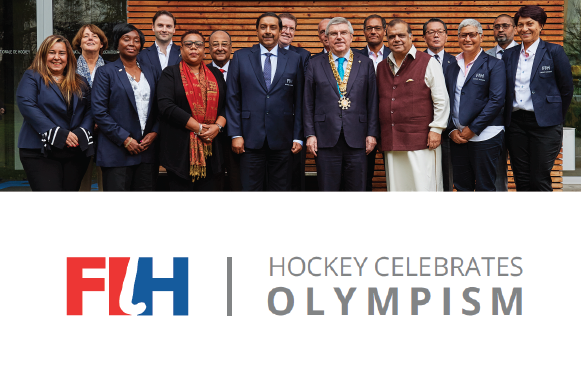 The International Hockey Federation (FIH) Executive Board has reiterated the need to create a rolling four-year international competition calendar at their first meeting of the year in Lausanne.

In a statement, the FIH said the Board believes in the “absolute necessity” of establishing such a system, which balances the opportunity for all countries to compete, athlete welfare and “the commercial realities” of international travel.

A recent review into the international calendar together with changes to the world ranking system led to several recommendations, which were approved, including increasing “the importance” of continental championships.

It was also agreed FIH Series events should be scrapped at the end of the year, allowing, the FIH say, National Associations to focus more on continental qualifiers and championships.

A review of the World Cup qualification system to give more weight to continental championship results was also approved, as was developing an individual match-based world ranking system.

Currently, the system is tournament based.

“The new match-based rankings system has been developed using the results of all international matches over the past three years and will be run and further improved in the background during 2019, with the target go-live date of January 2020,” the FIH said.

The Board also received a progress update on plans to launch dry artificial pitches by 2024.

A change from current water-based surfaces was first approved by the FIH Congress in December to try to better protect the environment.

Elsewhere, during the meeting a report on the launch of the FIH Pro League, hockey’s new premier international league, was given in which the first two months were labelled a success and the World Anti-Doping Agency’s new anti-doping programme was ratified.

The next Board meeting will take place on June 28 and 29 in Amsterdam during the inaugural FIH Pro League Grand Final.