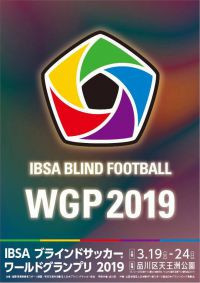 The tournament, which was first held last year in the Japanese capital, will see eight of the world's best teams compete for the title at the Shinagawa-ku Tenno Park.

This time out the defending champions and hosts Japan will battle it out against Spain, Colombia, Russia, Turkey, England and Thailand.

As well as being defending champions, Argentina are the highest ranked team competing at second in the world.

They will compete in Group B with Turkey, England and Thailand.

Group A boasts the hosts with Colombia, Russia and Spain.

Tomorrow the competition will begin with Argentina playing Thailand and Turkey facing England, before Spain play Colombia and Japan face Russia in the afternoon.

Once group action has finished, the semi-finals will go ahead on Saturday (March 23) with the final scheduled for 6pm on Sunday (March 24).

The event comes with the sport preparing to feature at the Tokyo 2020 Paralympic Games.