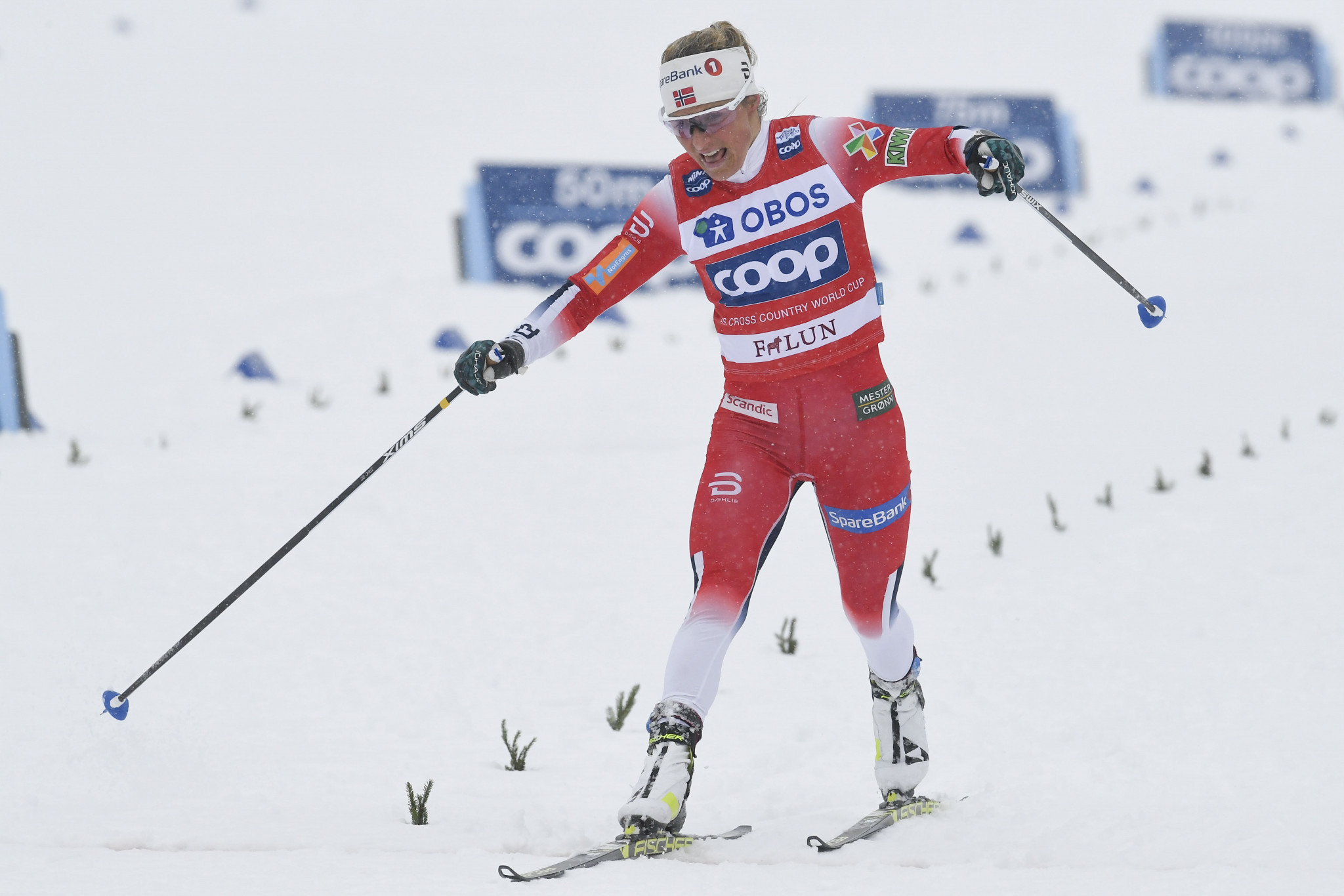 Johaug triumphed in the women's 10 kilometre interval start with a time of 25:23.9mins.

This was her 12th women's individual distance victory this season.

In second was Sweden's Ebba Andersson in 25:42.2, while Jessica Diggins of the United States finished third in 25:54.2.

Johaug now leads the overall distance standings with 860 points, 123 points ahead of her nearest opponent and compatriot, Ingvild Flugstad Oestberg.

The current leader has only recently returned from an 18 month doping ban.

Make that three consecutive World Cup distance race wins in a row for Alexander Bolshunov 💪🏼 not easy with having the pace set by 2nd ranked Martin Johnsrud Sundby and @toenseth who takes the 3rd place on the podium.
Congratulations and thank you @skidspelen
👏
📷 by Nordic Focus pic.twitter.com/FpNb4KuG9O

In the men's competition, Russia's Alexander Bolshunov was triumphant in 33:18.6.

Bolshunov is dominating the men's distance standings, leading with 786 points.

Sundby is second with 513 points, while his compatriot Sjur Roethe sits in third with 491 points.

The next World Cup distance event will take place in Quebec City on March 23.