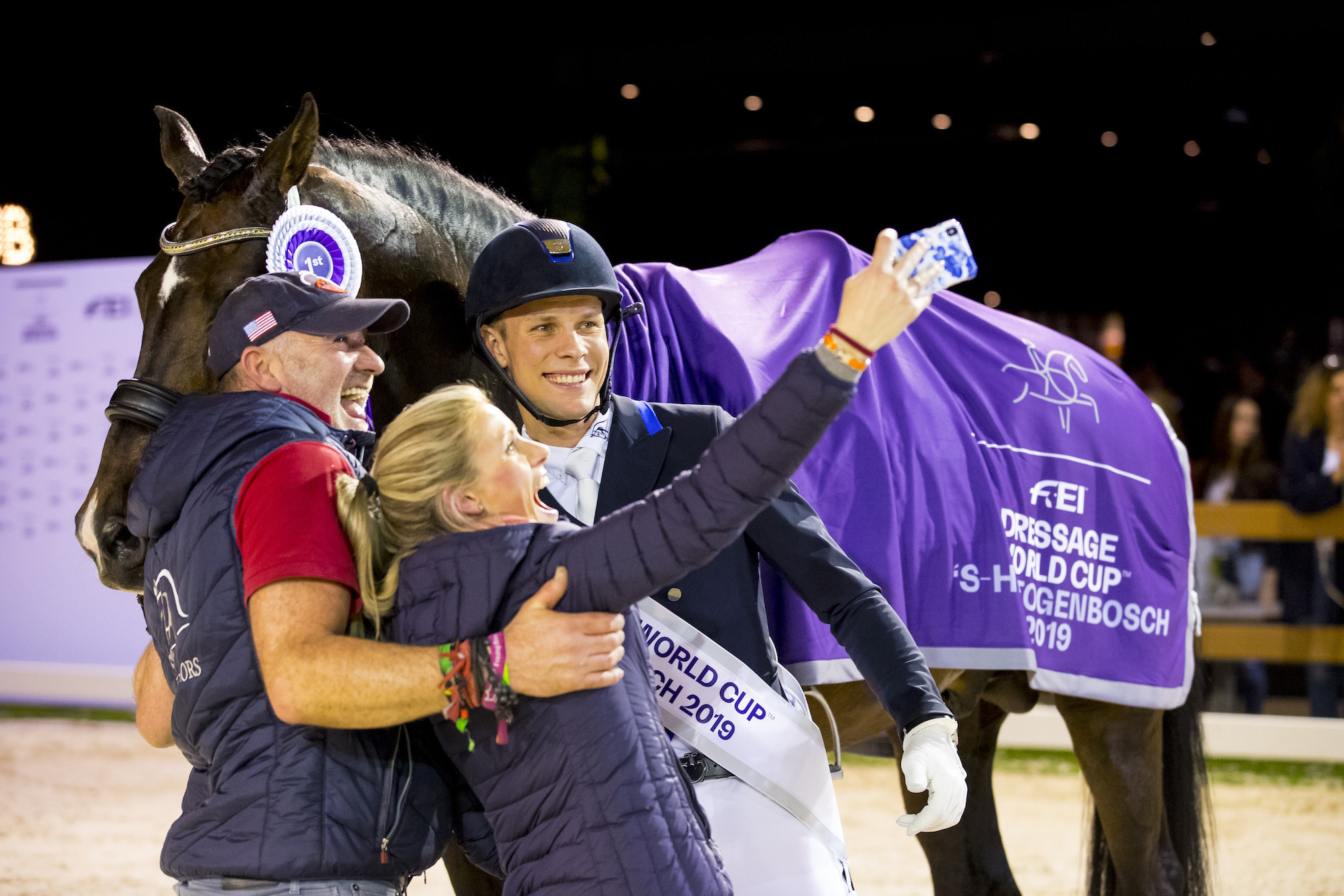 The final leg of the Dressage World Cup is part of The Dutch Masters in the city of ’s-Hertogenbosch.

Bachmann Andersen was the last to perform on his horse, Blue Hors Zack, scoring 84.890 per cent to win.

This was only 0.015 points more than then Germany's Helen Langehanenberg, who finished in second on 84.875 per cent

"I saw Helen’s score just before I went in and I decided I was just going to go for it - and I did," said Bachmann Andersen.

Today's competition was the last before the World Cup Final in Gothenburg, due to begin on April 3.

Nine spots were available from the Western European League, with Langehanenberg, Weth and Dorothee Scheider taking the German places in the final.