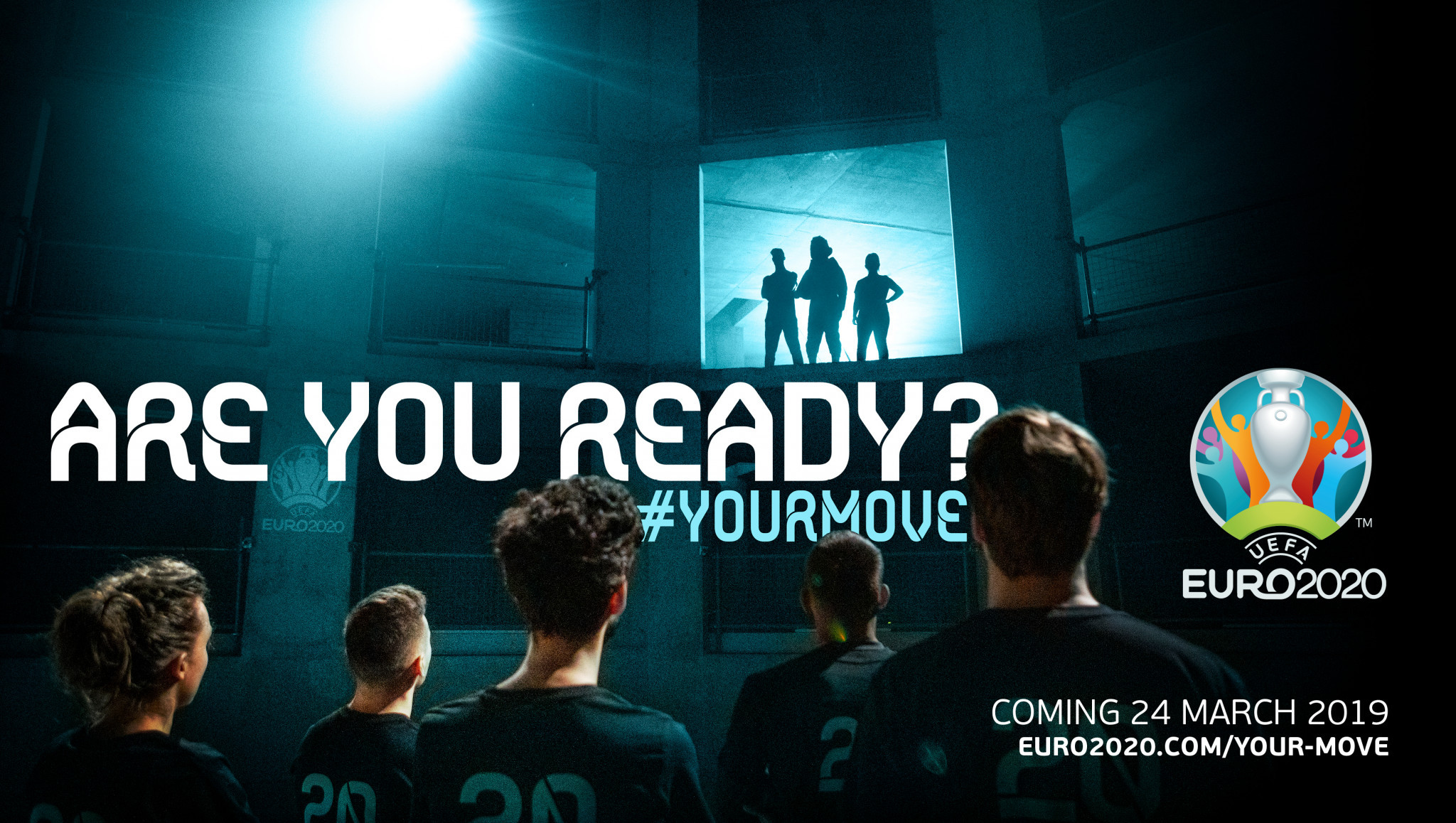 UEFA has released a 60 second teaser trailer for their Euro 2020 mascot reveal.

In a statement accompanying the video the governing body of football in Europe said it intends "to reinvent the traditional tournament mascot", with reference to freestyle and street football culture.

The trailer shows several freestyle footballers showing off their best skills to each other in a derelict building.

One of the players then kicks the ball away over a wall, before a mysterious figure, accompanied by two other people, appears with the ball under their arm.

"The video teases the fact that something different is coming, with all being revealed at the Johan Cruijff ArenA, Amsterdam, in the build up to The Netherlands v Germany qualifying match on Sunday March 24," UEFA said.

"Mascots have become an integral part of the European Championship since Pinocchio made its debut at the 1980 finals in Italy.

"For UEFA Euro 2020, UEFA is planning something unique and interactive, to reflect younger fans’ passion for freestyling, street football and panna as well as the 11-a-side game.

"The decision to launch the mascot campaign at the Johan Cruijff ArenA was taken in honour of one of the most skilful players to illuminate the game, and UEFA Euro 2020 promises to bring football and freestyle cultures together in celebration."

Next year’s tournament is due to take place across Europe, with 12 different cities set to host matches before the final goes ahead at Wembley Stadium in London.

You can watch the video here.