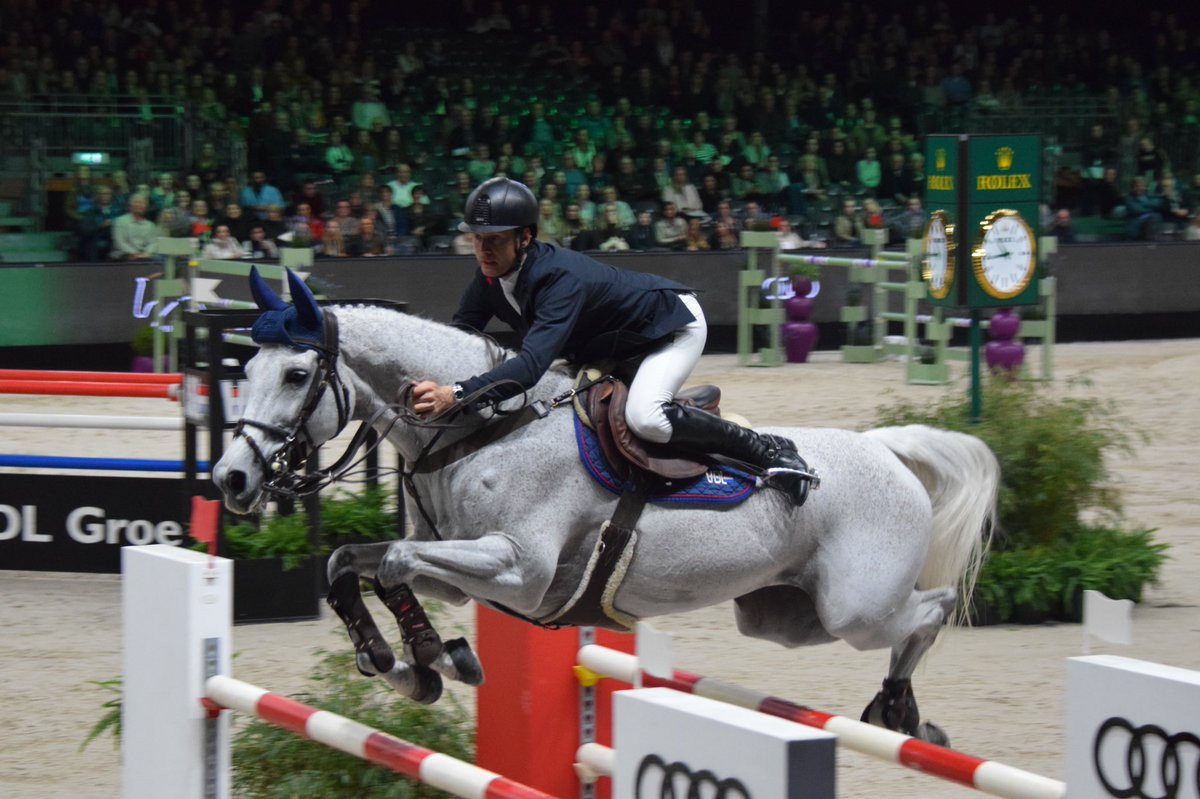 Leopold van Asten delighted the home crowd by winning the VDL Groep Prize after a 14-combination jump-off in the 1.55 metres main class at The Dutch Masters in 's-Hertogenbosch.

The 42-year-old sped to victory in the saddle of VDL Groep Beauty, clocking a time of 27.82sec in the first qualifier for the Rolex Grand Prix.

The Dutchman posted a winning time of 30.64 aboard Dana Blue.

Germany’s Marcus Ehning finished as the runner-up on Cristy in 31.66.