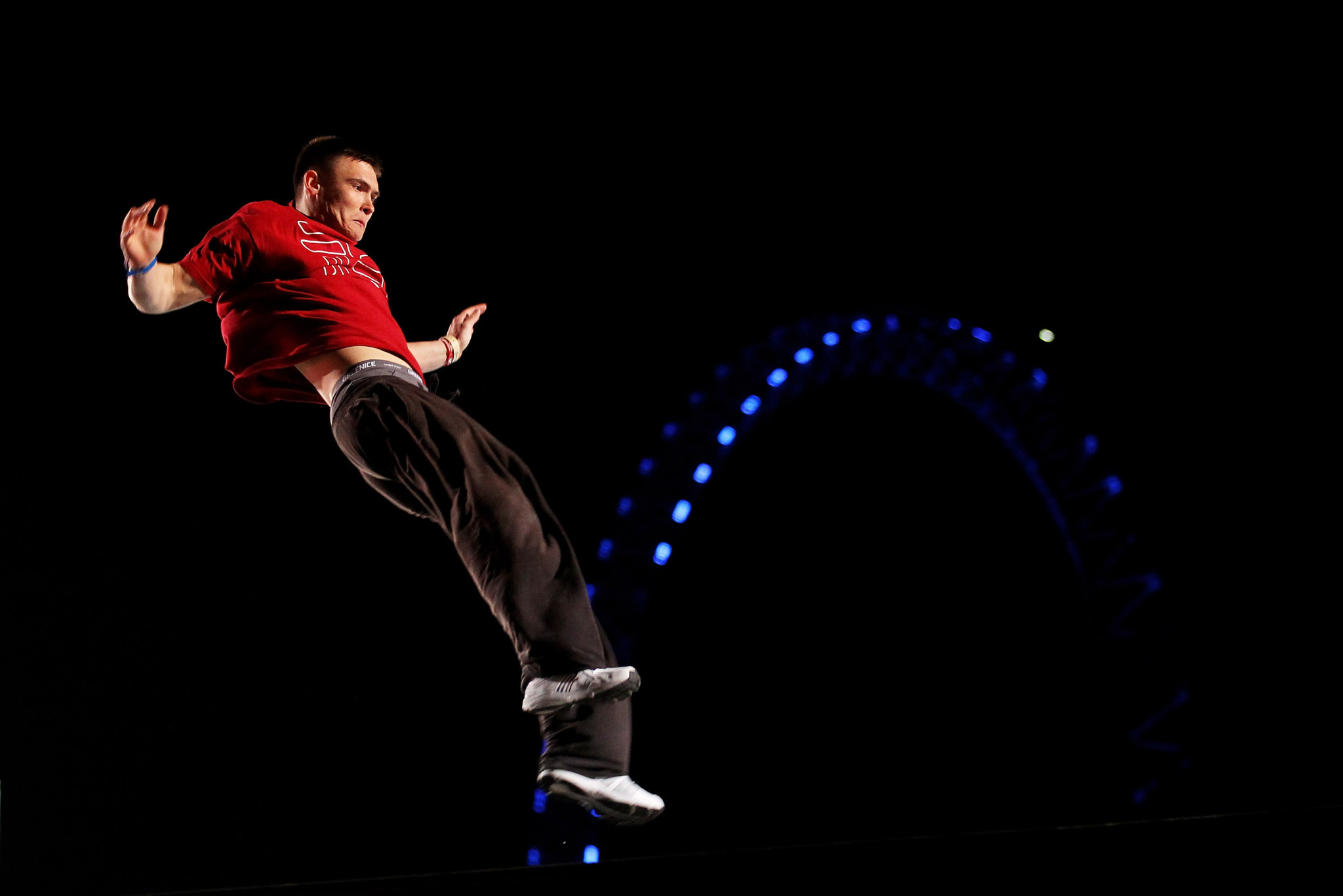 The International Festival of Extreme Sports Battle of the Champions began in Saudi Arabia today, with a day of parkour action in Al-Ahsa.

The 28-year-old, who has his own YouTube channel showcasing his extreme stunts, topped the standings in the Al-Ahsa Oasis with a score of 99.00 points.

That saw him beat Romania's 19-year-old Pedro Salgado by just one point.