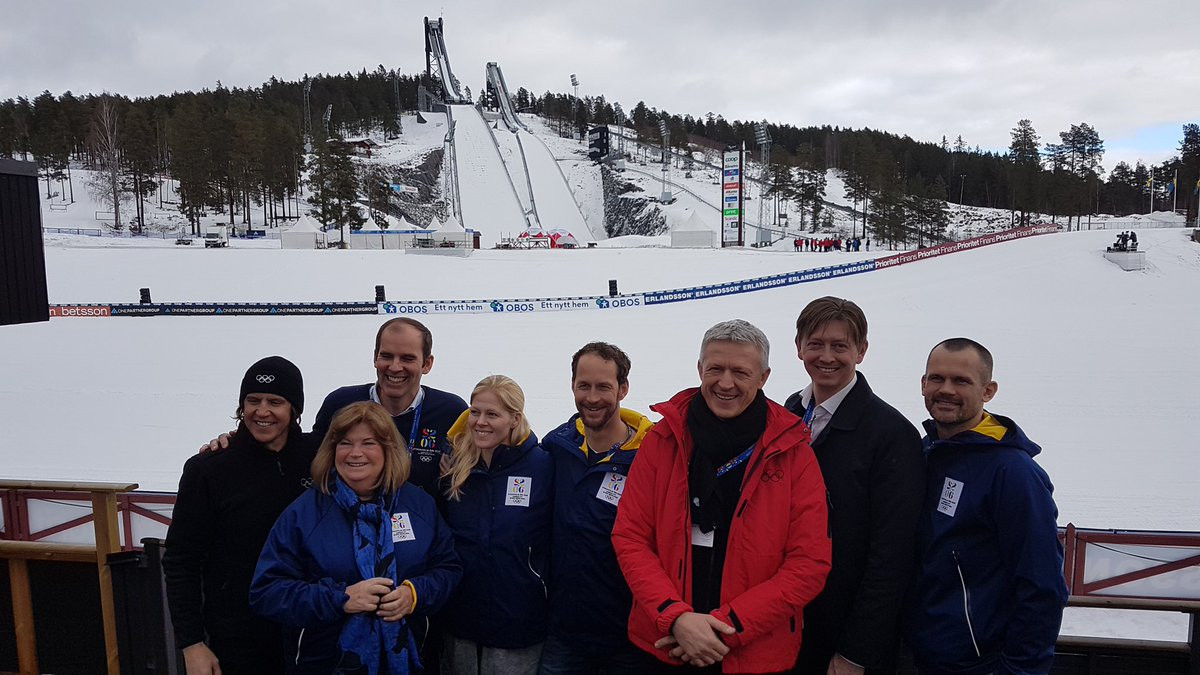 A door has been left open for the Swedish Governments to provide the guarantees needed for the country's bid for the 2026 Winter Olympic and Paralympic Games to continue even if they miss a key deadline next month.

Under the rules of the candidature stage, both Stockholm Åre 2026 and its only rival, the joint bid from Milan and Cortina d'Ampezzo, are due to submit the complete guarantees to the International Olympic Committee (IOC) by April 12.

The Italian Government provided assurances in January on security, entry visas into the country and the protection and respect of human rights.

So far, though, the Swedish Government have not issued any similar official show of support.

Sweden had been in a period of political hiatus in the aftermath of the inconclusive election last year until Stefan Löfven was able to form a Government in January.

His administration is now studying the Stockholm Åre 2026 proposal and its chief executive Richard Brisius has consistently claimed he is confident the Government will support it, including providing financial guarantees, many of which are related to security.

Löfven, however, is not meeting the IOC Evaluation Commission, chaired by Romania's Octavian Morariu, during its five-day visit to Sweden and Stockholm Åre 2026 officials seem to be unable to provide any information when the Government will release the report into its bid.

Christophe Dubi, the IOC's executive director for the Olympic Games, though, remains remarkably upbeat about the situation.

"By 12th of April we will receive guarantees and we are very positive about that," he said during the IOC Evaluation Commission's visit here to inspect the proposed venue for the ski jumping and Nordic combined.

"We've heard from Richard [Brisius] that the relation with the Government were very positive heading in the right direction and they know the 12th of April is the date they have to submit all the agreements and guarantees."

Dubi, however, did appear to concede that missing that deadline or submitting incomplete information would not spell the end of either bid from Stockholm Åre 2026 or Milan-Cortina 2026 and that the deadline could be extended all the way to June 24 - the date the IOC Session in Lausanne is due to choose a host city

"In the past we've worked with bids up until the very last minute because sometimes you receive guarantees which are then checked by our legal people, adaptations are made, back-and-forth, and sometimes you finalise them closer to the actual deadline for the presentation to the IOC members," he told insidethegames.

"So, until that we will get the bulk of guarantees by 12th of April, same in the case of Italy, we will have it all and then it will be the matter of finalising them which is normal process."

Morariu also supported efforts by Stockholm Åre 2026 to get the financial backing they need.

"There is no guarantee from the Swedish Government but we still have time," he said.