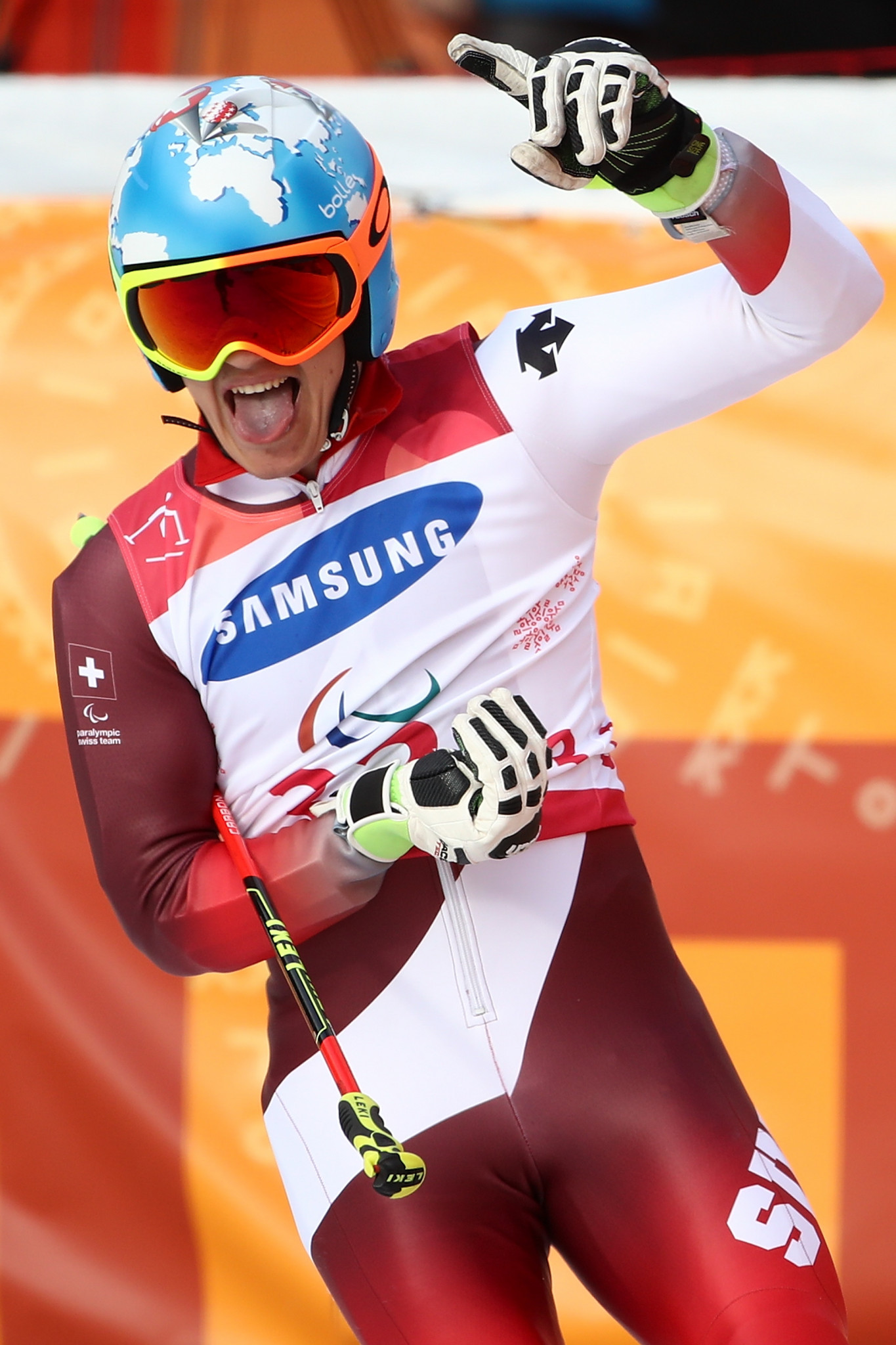 On the third day of giant slalom contests, Gmur earned gold with his combined time of 1min 41.12sec, with Bauchet just 0.12sec adrift.

Double world champion Jeroen Kampschreur followed up on his revenge win in the men's sitting event.

After taking third place in his first race, the Dutchman won gold on Tuesday (March 12) and repeated his feat as he finished in 1:46.61.

Fitzpatrick, guided by Jennifer Kehoe, clocked 1:58.75, with Austria's Veronika Aigner, partnered by Elisabeth Aigner, second in 1:59.25 and Perrine, who is guide by Bobbi Kelly, clocking 2:00.63.

In the women's standing class Marie Bochet of France, the 25-year-old who won gold in every discipline at January's World Para Alpine Skiing Championships across Italy and Slovenia, earned her third win in 1:50.65.

Marek Kubacka of Slovakia won the men's vision impaired event as he and his guide Maria Zatovicova clocked 1:47.99, with France's Hyacinthe Deleplace taking silver in 1:53.58 with guide Maxime Jourdan.

Action continues tomorrow with the first of two days of slalom.