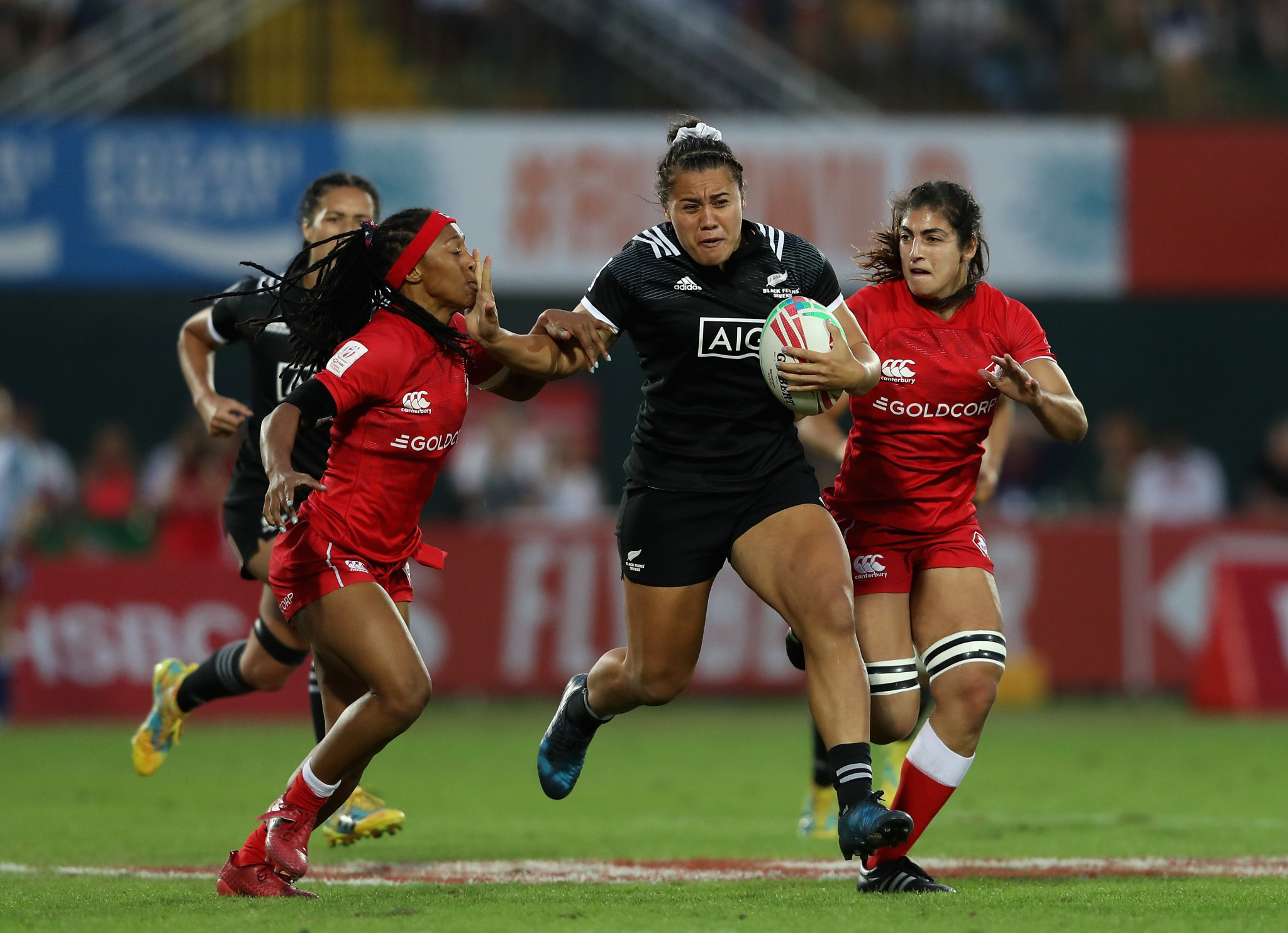 The World Rugby Sevens Series circuit will feature six combined men's and women's rounds for the next four seasons.

World Rugby confirmed the move with the women's season set to expand to eight rounds for the first time.

Dubai, Cape Town, Hamilton, Sydney, Hong Kong and Paris will all host combined events for the next four-year cycle of the Series.

The women's tour will also include standalone events in Glendale in the United States and Langford in Canada.

Only six legs make up the ongoing 2018-2019 women's season, with a stop in Japan not retained for the next four years.

Dubai and Sydney were the only cities to host both men and women this term.

The men's season for the next four years will also feature standalone legs in Vancouver, Singapore, London and the United States.

Their schedule is identical to the current line-up of hosts and remains at 10 rounds.

World Rugby said they had received "unprecedented" interest in the tender process for events and claimed that player welfare and travel windows remain key when devising the calendar.

"This is an exciting time for sevens as the HSBC World Rugby Sevens Series is set to break new ground with more combined rounds than ever before on the circuit, as Cape Town, Hamilton and Hong Kong welcome women's world series teams for the first time from next season," World Rugby chairman Sir Bill Beaumont said.

"We are delighted to see the women's series expand to eight rounds over the next four-year cycle, an historic move that will provide more high quality competitive international playing opportunities for women's sevens teams, a core strand of our Accelerating the Global Development of Women in Rugby plan.

"For the men’s series, the selected hosts represent a consistent balance of long-established and newer venues, with the five host unions who joined in 2015 retaining their host status.

"Since the men's series' expansion to 10 rounds in 2015, we have seen the competition become increasingly competitive on the pitch from a team perspective while also continuing to grow in popularity among global audiences.

"We are looking forward to seeing continued growth and evolution of the world series in each territory over the next four years."

Rugby sevens will appear at the Olympic Games for the second time at Tokyo 2020 after making its debut at Rio 2016.