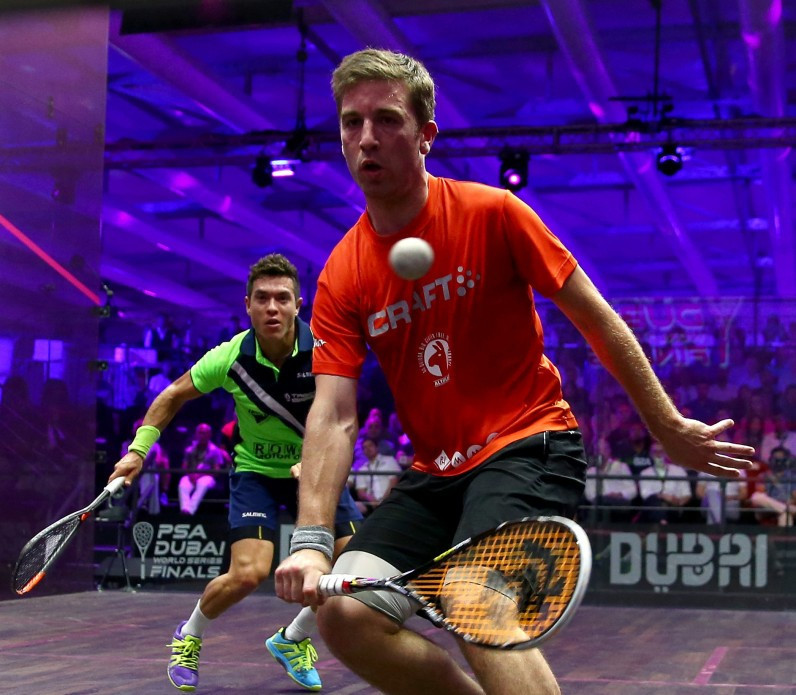 Mathieu Castagnet produced the result of the night at the Professional Squash Association Canary Wharf Classic as he defeated Germany’s second seed Simon Rösner 11-8, 3-11, 11-9 to earn a quarter-final place in London.

The 32-year-old Frenchman, a former world number six who earned the biggest win of his career when he won this title three years ago, took five minutes under an hour to earn a meeting with Egypt's seventh seed, Fares Dessouky.

Dessouky was the first to advance to the quarter-finals from tonight's matches at East Wintergarden, beating England's Daryl Selby 11-5, 11-2 in 25 minutes.

He was kept waiting to discover his quarter-final opponent as the final match of the evening shifted dramatically before Joe Makin of Wales produced the second upset of the night by beating Hong Kong's sixth seed Max Lee 6-11, 11-6, 11-9 in 47 minutes.

On the other side of the draw tomorrow, top seed Mohamed Elshorbagy of Egypt is due to meet England's Declan James, and Egypt's fourth seed, Tarek Momen, will play eighth seed Ryan Cuskelly of Australia.