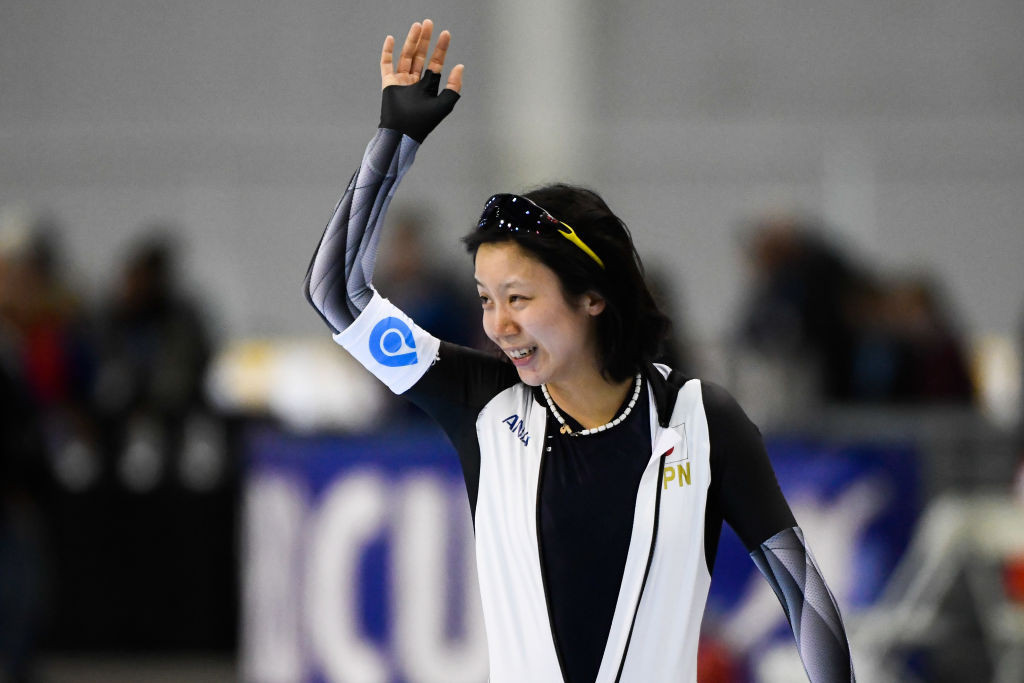 World records got another pounding on the final day of the International Skating Union (ISU) Speed Skating World Cup Final in Salt Lake City as Kjeld Nuis of The Netherlands added a new men's 1,500 metres mark of 1min 40.17sec to the 1,000m record he had set the day before, and Japan's Miho Takagi became the first woman to break the magic 1:50 barrier in the Ladies' 1,500m.

Takagi provided this event on the fast ice of Utah's Olympic Oval, host of the 2002 Winter Olympics, with one of its highlights as she outskated the Dutch world champion, Ireen Wüst, in the final pairing and finished in 1:49.83.

Home skater Brittany Bowe was the first to break Bergsma's time, clocking 1:50.32 in the fourth pairing against Yekaterina Shkhova of Russia, who also finished under the previous world record, crossing the line in 1:50.63.

Before her race Takagi did not know what time she had to skate to win.

"I only knew that Bowe skated a world record but I don't want to know the time because I always want to skate my own race," she said.

Like Bowe, Takagi had already expected a 1:49 winning time beforehand, saying: "I discussed it with my coach yesterday and he said anything is possible."

Bowe concluded the season on top of the final World Cup ranking in the 1,500m, with Takagi and Wüst third.

Nuis went in the second pairing of the 1,500m, facing compatriot and team-mate Thomas Krol.

The two Dutchmen started at a ferocious pace and clocked split times more than half-a-second under the world record set by Russia's Denis Yuskov in 2017.

The fast start came at a price, however, as both men struggled in the final corner.

In the final pairing, Yuskov had a chance to recapture his record but the Russian was unable to match Nuis' and Krol's lap times, nor his own from 2017.

With 1:41.49 he did manage to take the bronze medal in the distance, which was enough to take home the 1,500m World Cup.

Min-Seok Kim of South Korea, who finished fifth in 1:42.54, came second in the distance ranking and Nuis took third place.

When Pavel Kulizhnikov of Russia, who set a world-record of 33.61 yesterday, took the ice in the final pairing against fellow countryman Ruslan Murashov the crowd expected another explosion of power.

To general dismay, however, the Russians idled round in 41.28 and 39.28 respectively.

"He could not skate fast but he wanted to secure the World Cup points.

"Kulizhnikov was tired and had already shown what he's capable of yesterday."

"I don't think it's fair sportsmanship," he said.

"They took away my opportunity to beat them fair and square.

"But it's been a great year for me.

"This season Kulizhnikov was still a little bit too strong but next year I'll be back."

Nao Kodaira of Japan won the second women's 500m race in 36.49, and Irene Schouten of The Netherlands surprised herself in winning the women's concluding mass start event.

In the men's events, Japan added a second gold medal on the day as Ryosuke Tschuchiya took his first individual World Cup gold in the mass start.