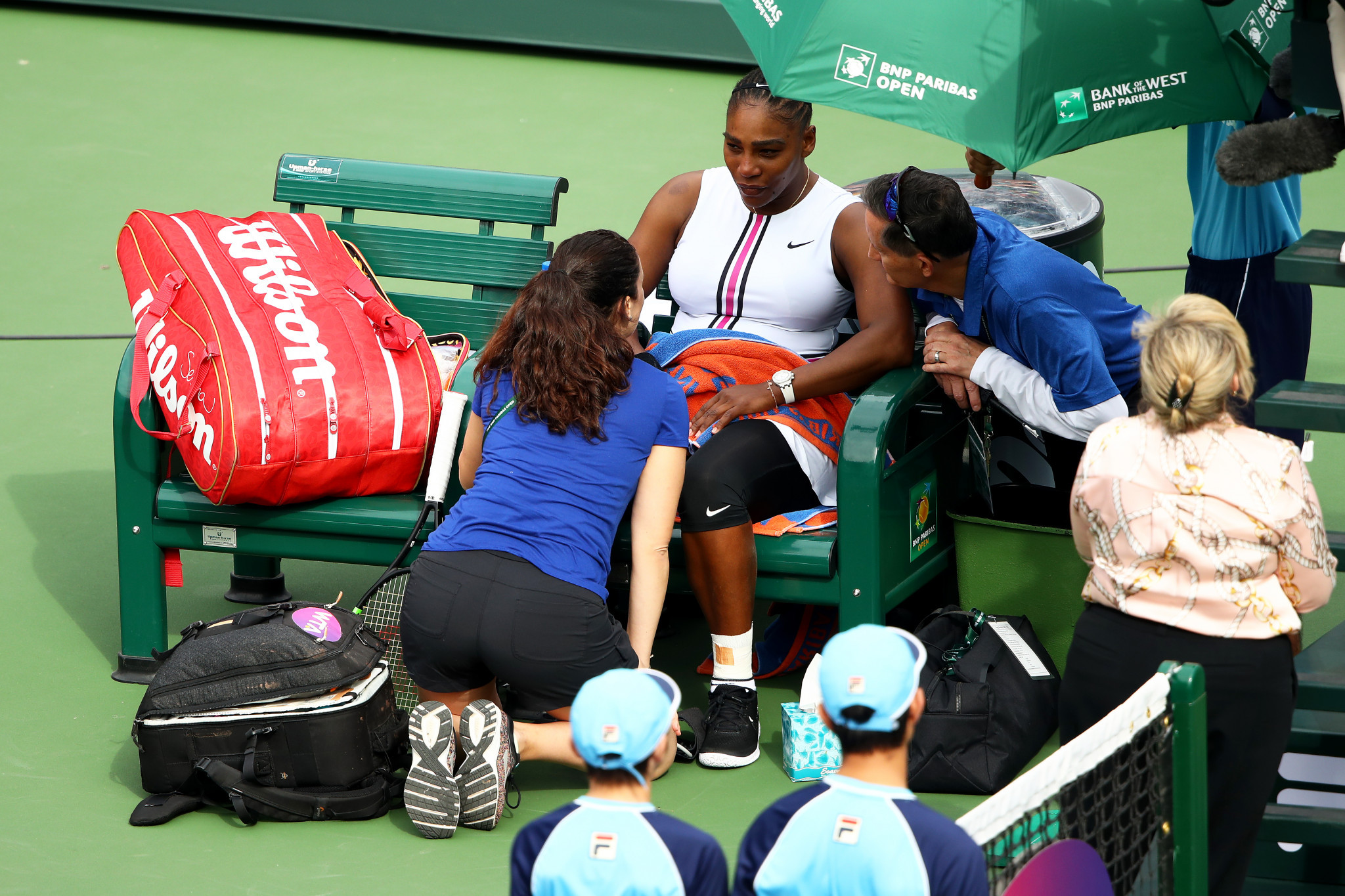 Serena Williams was forced to retire from her third round match at the Indian Wells Masters to send opponent Garbiñe Muguruza straight through to the last-16.

The American icon was trailing 6-3, 1-0 at the Indian Wells Tennis Garden before pulling out through illness.

"Before the match I did not feel great and then it just got worse with every second - extreme dizziness and extreme fatigue," 37-year-old 10th seed Williams, a 23-time Grand Slam champion, said.

"By the score it might have looked like I started well, but I was not feeling at all well physically.

"I will focus on getting better and start preparing for Miami."

The clash was a battle between two previous world number ones with former Wimbledon and French Open champion Muguruza, the 20th seed, now going on to face Kiki Bertens.

There was also victory today in the women's tournament for Romania's second seed Simona Halep.

Halep will play unseeded Czech player Markéta Vondroušová in the last 16 after she came from behind to oust Latvia's former French Open champion Jeļena Ostapenko, the 22nd seed, 4-6, 6-3, 6-4.

In the men's tournament, legends Roger Federer and Rafael Nadal were among those to win their second round ties and progress to the last-32.

He will now face an intriguing clash with compatriot Stan Wawrinka, the three-time Grand Slam champion who is unseeded at Indian Wells.

Second-seed Nadal roared past American Jared Donaldson 6-1, 6-1 to make the next round.

It means the Spaniard, who has 17 Grand Slam titles, will face 25th seed Diego Schwartzman in his next encounter.

The Argentine beat another Spaniard in Roberto Carballes Baena, 6-3, 6-1.

American John Isner flew into the next round as the sixth seed thrashed Alexei Popyrin of Australia 6-0, 6-2.

Action continues on the hard courts of Indian Wells tomorrow.

The event is an Association of Tennis Professionals World Tour Masters 1000 competition and a Women's Tennis Association Premier Mandatory tournament.