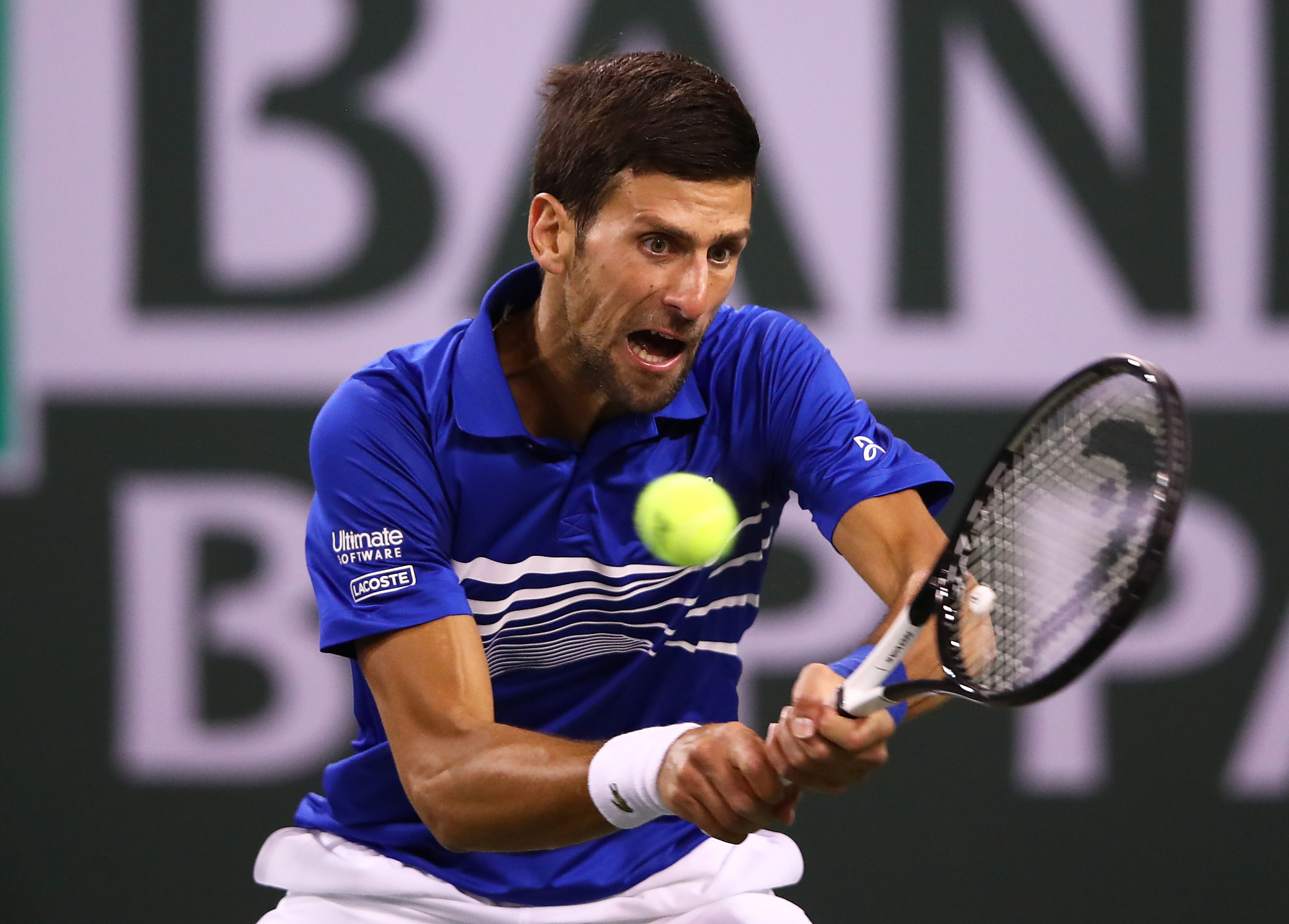 World number ones Novak Djokovic and Naomi Osaka reached the third round of the men's and women's singles events respectively with straight-sets victories at Indian Wells.

Djokovic, seeking a record sixth Indian Wells Masters crown, was pushed all the way in the opening set by American opponent Bjorn Fratangelo before he secured a 7-6, 6-2 win.

The Serbian, winner of the Australian Open in January, will next face Philipp Kohlschreiber after the German dispatched Australia's Nick Kyrgios 6-4, 6-4.

"The first set was just hanging on to the ropes and trying to win that set," Djokovic, the top seed, said.

"Then the second set, obviously with the first set under my belt, was slightly better.

"I ended the match in a positive fashion."

Third seed Alexander Zverev is also through after opening opponent Martin Kližan of Slovakia retired when trailing the German 6-2, 2-0.

In the women's singles, Osaka began the defence of her Indian Wells Open title with a comfortable win over Kristina Mladenovic of France.

Osaka recorded a 6-3, 6-4 victory to avenge the surprise defeat she suffered to Mladenovic at last month's Dubai Tennis Championships.

The Japanese star will go up against American 25th seed Danielle Collins for a place in round four.

Third seed Petra Kvitová was the highest-profile casualty in the women's draw as the Czech lost a three-set battle 4-6, 7-5, 6-4 to American veteran Venus Williams.

Kvitová's team-mate Karolína Plíšková was also involved in a three-set contest but she was able to progress with a 6-7, 6-1, 6-1 victory against Japan's Misaki Doi.