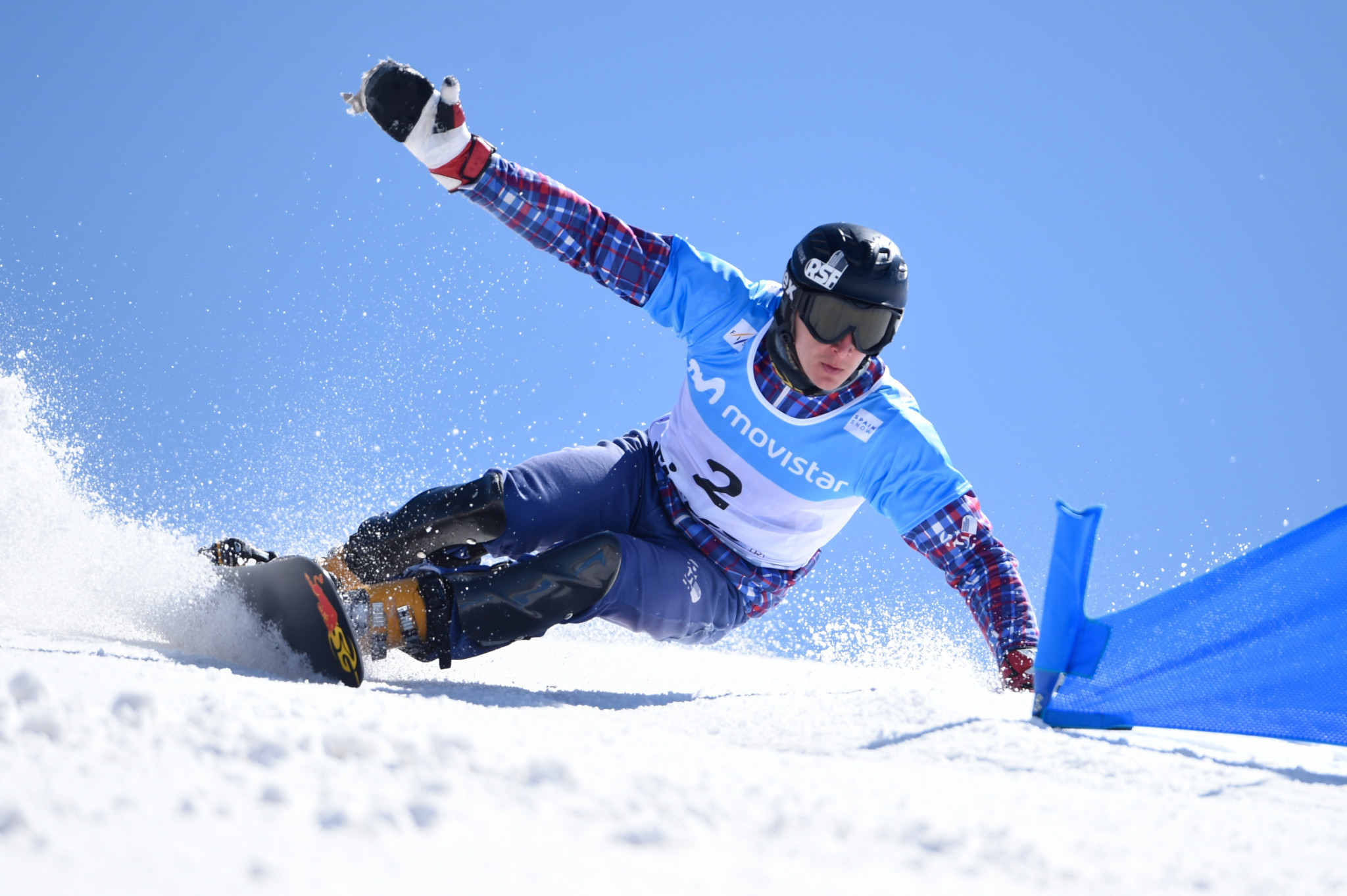 Loginov, who won two titles at this year's World Championships in Utah, did not make the bottom of the course to hand his compatriot the victory.

Dario Caviezel won a home bronze medal at the Swiss resort, beating another Russian in Dmitry Sarsembaev in the small final.

The result means Sobolev has climbed to the top of the overall World Cup standings for Alpine snowboard, which take into account both parallel giant slalom and parallel slalom.

He has 4,445 points at the top of the rankings with just one race to go - a parallel slalom in Winterberg in Germany on March 23.

With 1,000 points available for a victory his nearest challenger is Italy's Roland Fischnaller who sits on 3,629.40.

With today's race the last parallel giant slalom of the season, Mastnak has wrapped up the overall title in this discipline.

He lost in the quarter finals today but ends the season on 3,336.

In the women's event today, Russia made it a double as Milena Bykova defeated Czech superstar Ester Ledecká in the big final.

This was Bykova's first podium of the season and came against the athlete who won Olympic gold medals in two sports - snowboard and Alpine skiing - at Pyeongchang 2018.

Cheyenne Loch of Germany won bronze by beating Natalia Soboleva of Russia in the small final.

Ledecká, hoping to win the overall title for a fourth season in a row, tops the standings on 5,450 points before the Winterberg finale.

The Czech has secured a second parallel giant slalom title in a row and a third in all on 5,000 points.

Julie Zogg of Switzerland leads the parallel slalom rankings by 220 points from Schöffmann going into Winterberg.