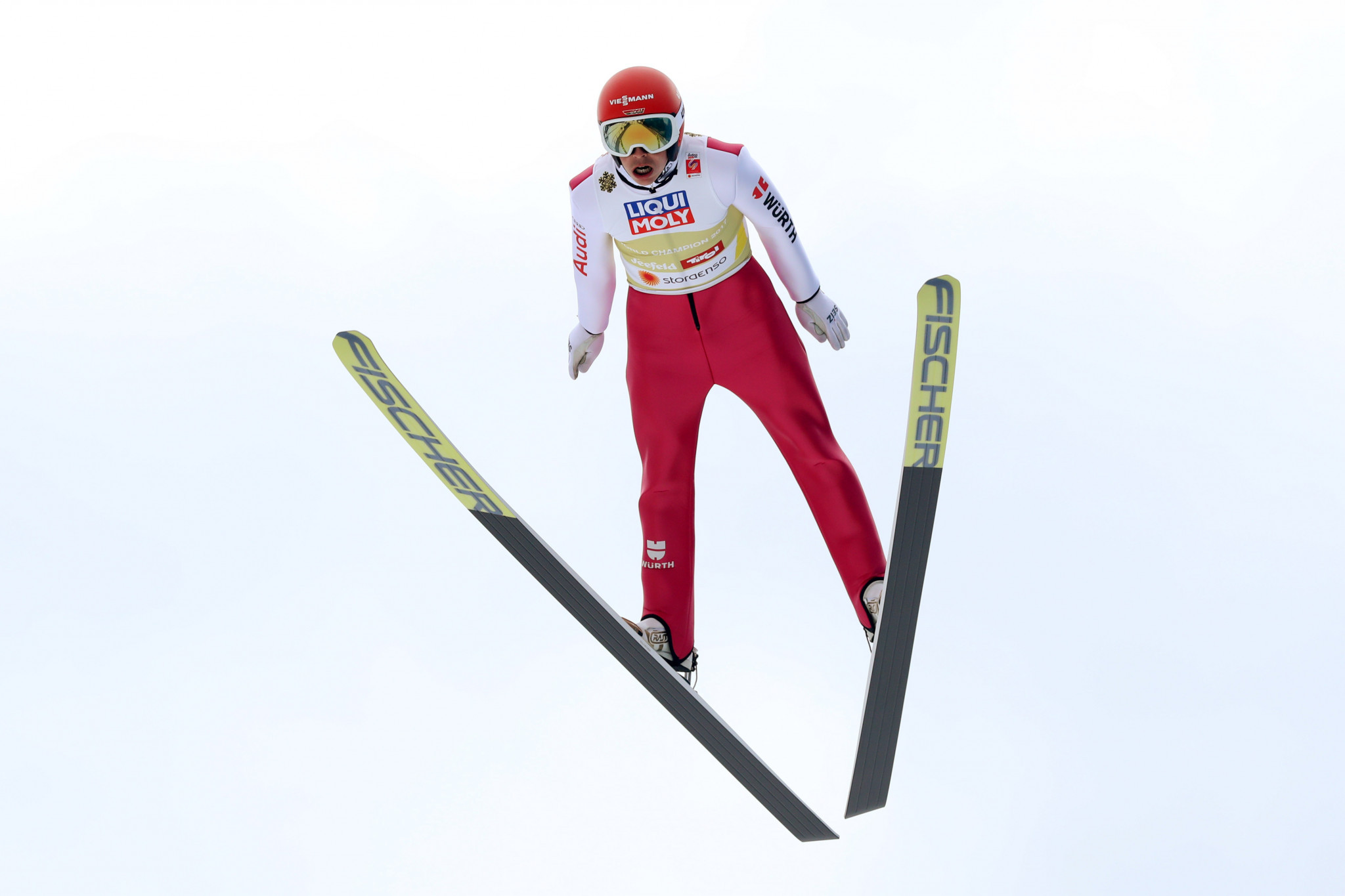 The German duo have been ruled out of the competition in the Norwegian capital as both have contracted viral infections.

The illness prevents both Frenzel and Rydzek from competing at the first World Cup since the conclusion of the Nordic World Ski Championships in Seefeld in Austria.

"Unfortunately the last period of the season will start without me, a viral infection makes starting in Oslo impossible," said Frenzel, who won the individual large hill event in the Austrian resort.

"It really is a shame as the event in Oslo is always a highlight for us.

"I will be crossing my fingers for my team-mates and hope to be well again to start in the season finals in Schonach."

Action at the Nordic Combined World Cup began with the provisional competition round today, the result of which will be used if the ski jumping phase of the this weekend's event is cancelled.

Manuel Faißt of Germany topped the standings with a jump of 128.5 metres to score 127 points.

Faißt will have an eight-second lead over nearest challenger Franz-Josef Rehrl of Austria if the provisional competition round is required.

Rehrl scored 125 points after recording a jump of 127.5m, while another German in Fabian Rießle was third on 124.1 points.

A Cross-Country World Cup will also be held in Oslo this weekend, where Norway will be aiming to continue their dominance of the men's events following their clean sweep at the World Championships.

The men tackle the 50 kilometres distance tomorrow, before the women compete over 30km on Sunday (March 10).