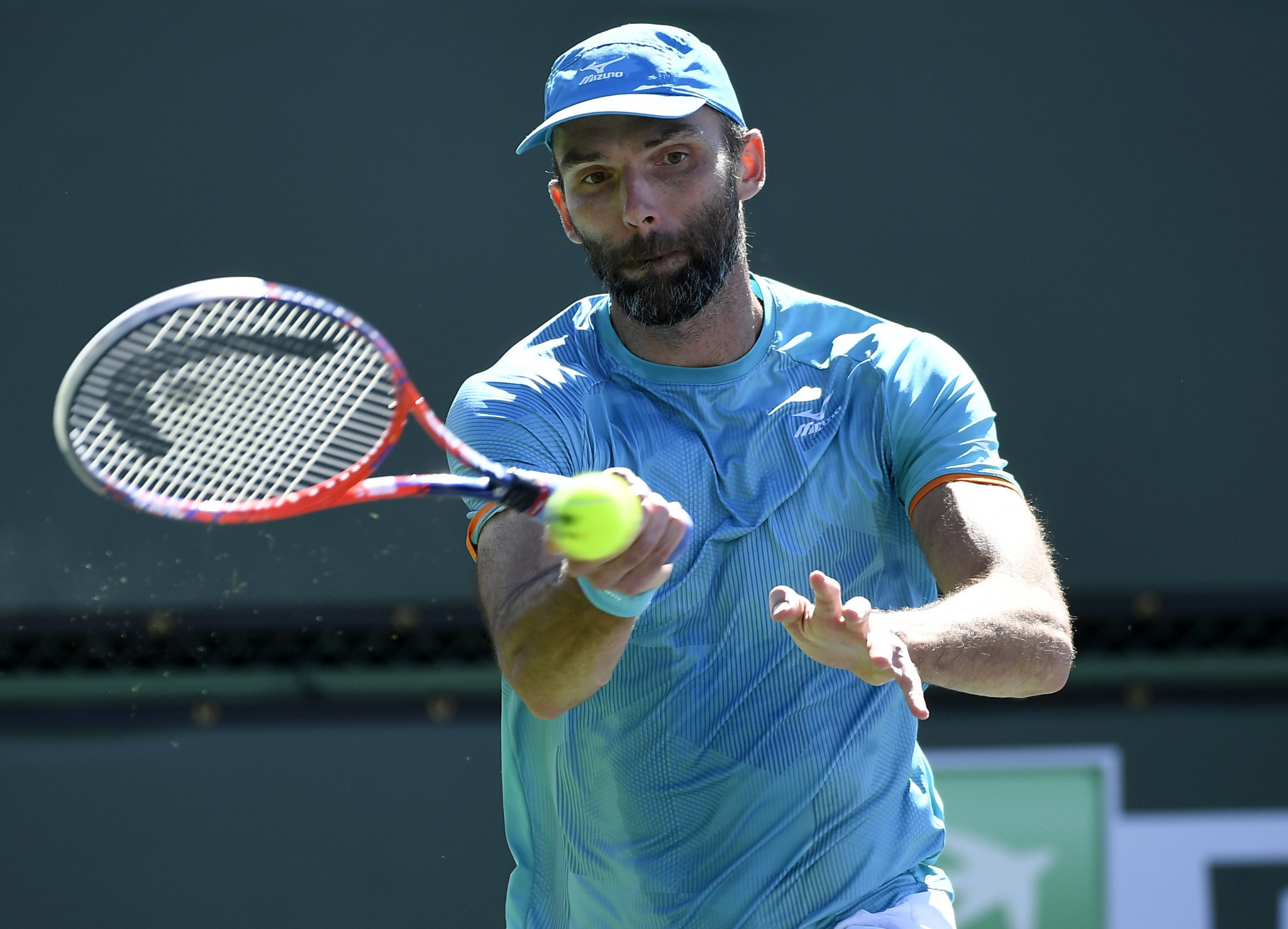 Ivo Karlović became the first player aged 40 and over to win an Association of Tennis Professionals (ATP) Tour match in 24 years after beating Australia’s Matthew Edben to reach the second round of the Masters 1000 event in Indian Wells.

The big-hitting Croatian, who was competing in his first match since turning 40 on February 28, triumphed 7-6, 7-6 in one hour and 49 minutes at the Indian Wells Tennis Garden.

He recovered from an early deficit in the second set to advance, breaking back when Ebden served to force a decider.

The last player aged 40 and over to win an ATP Tour match was the United States' Jimmy Connors in Halle in Germany.

Karlović also became the oldest winner on the ATP Challenger Tour last year in Calgary, as well as the oldest finalist on the ATP Tour since 1977 in Indian city Pune this year.

He is appearing at Indian Wells for the 14th time with his best result coming in 2011, when he reached the quarter-finals.

The Zagreb native will look to continue his strong run of form when he faces fellow countryman Borna Ćorić on Saturday (March 9).

Karlović has won the two previous meetings between the players, prevailing in Bucharest in 2015 and at Wimbledon in 2016.

Arguably the biggest upset of the day was provided by American qualifier Marcos Giron, who surprised France's Jérémy Chardy with a 7-6, 7-6 win on his ATP Masters 1000 debut.

In the Women's Tennis Association Premier Mandatory event, Belgian veteran Kirsten Flipkens overcame both the conditions and a battling Eugenie Bouchard of Canada to book a second-round spot by virtue of a 7-5, 3-6, 7-5 victory.

On a windy and cold night in Indian Wells, Flipkens used her variety to great effect, routinely pulling off hot shots to counteract Bouchard's power hitting in over two-and-a-half hours.

"I think it was very tough conditions in the beginning," Flipkens said.

"The first two sets were so windy, and it was not a matter of playing tactically, it was just a matter of trying to put the ball in court and put the first serve in the court.

"From the third set on, we could play a little more tactically.

"It could've gone one way or the other.

Flipkens, 33, will face Australian Open semi-finalist Danielle Collins of the US in the second round.

Collins' fellow American Venus Williams is also through to the second round after defeating Germany's Andrea Petkovic 6-4, 0-6, 6-3.

Awaiting her there is world number three Petra Kvitová of Czech Republic.

Among the other players through to the second round are Puerto Rico's Monica Puig, a 6-0, 6-4 winner over Russia's Evgeniya Rodina, and the US's Madison Brengle, a 6-2, 6-3 victor at the expense of Australia's Samantha Stosur.