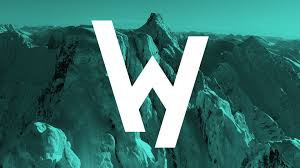 Ski jumping's Raw Air Tournament will begin in Norway tomorrow with a women's event taking place for the first time.

The event groups together competitions on four Norwegian hills with the athlete collecting the highest points total declared as the winner.

All of the Raw Air events also count towards the overall International Ski Federation Ski Jumping World Cup standings, meaning there is plenty at stake.

The third edition of the men's Raw Air begins tomorrow with large hill qualification in Oslo, before a team event in the capital on Saturday (March 9).

A large hill individual competition will then conclude the action at the famous Holmenkollbakken hill on Sunday (March 10).

Action will continue in 1994 Winter Olympic host Lillehammer with large hill qualification on March 11 before an individual competition the following day.

Japan's Ryōyū Kobayashi leads the World Cup standings with 1,620 points and the Four Hills Tournament champion will be one to watch in Norway.

Last month's newly crowned world champions -  Markus Eisenbichler of Germany on the large hill and Poland's Dawid Kubacki on the normal hill - should also be a threat.

The women's Raw Air, added to the calendar for the first time, begins on March 9 with qualification in Oslo and then a competition the next day.

Lillehammer will then play host between March 11 and March 12 before Trondheim on March 13 and 14.