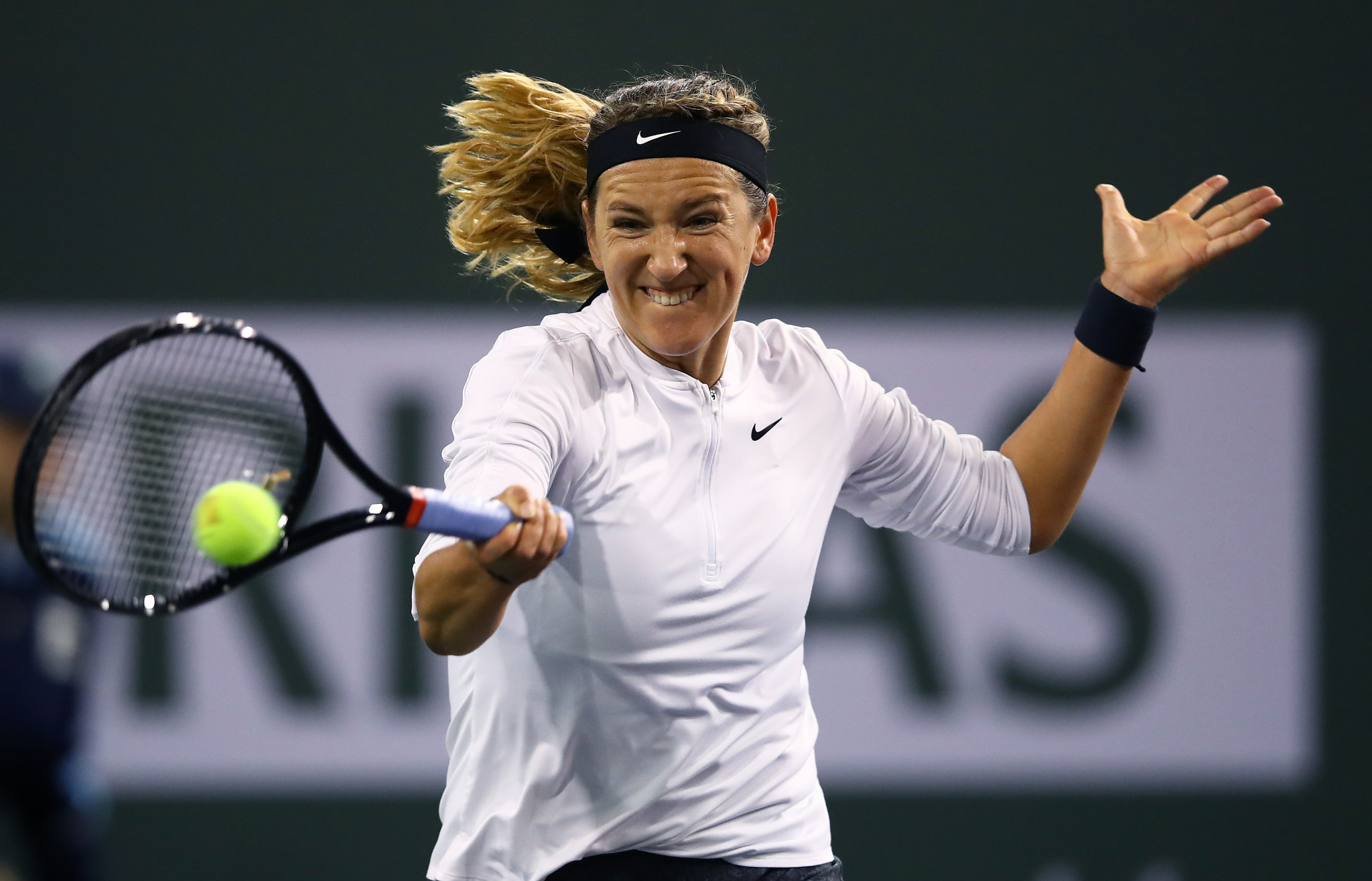 Azarenka closed out the first-round matches on the bottom half of the draw with a 6-2, 6-3 victory at the Indian Wells Tennis Garden.

The 29-year-old was clinical over the course of the match that lasted one hour and 24 minutes, winning an impressive 10 straight games after falling behind 2-0, 40-0 in the first set.

Her clash with American 10th seed Williams will be a repeat of the 2016 final, which she won.

"It's not a second-round match for sure.

"It's going to be a huge challenge.

Among today's other first-round winners was Australia's Daria Gavrilova, who defeated Ukrainian teenager Dayana Yastremska 6-2, 5-7, 6-2 to register her first victory in seven matches played this season.

Strýcová’s reward is a clash with second seed Simona Halep of Romania.

In addition to Andreescu, three other wildcards were winners today as the US's Amanda Anisimova, Lauren Davis and Jennifer Brady all advanced in straight sets.

Top seed Naomi Osaka will face the winner of the match between France’s Kristina Mladenovic and China’s Zheng Saisai, scheduled for tomorrow, in the second round.

The men's competition is due to begin tomorrow.

It is an Association of Tennis Professionals Masters 1000 event.