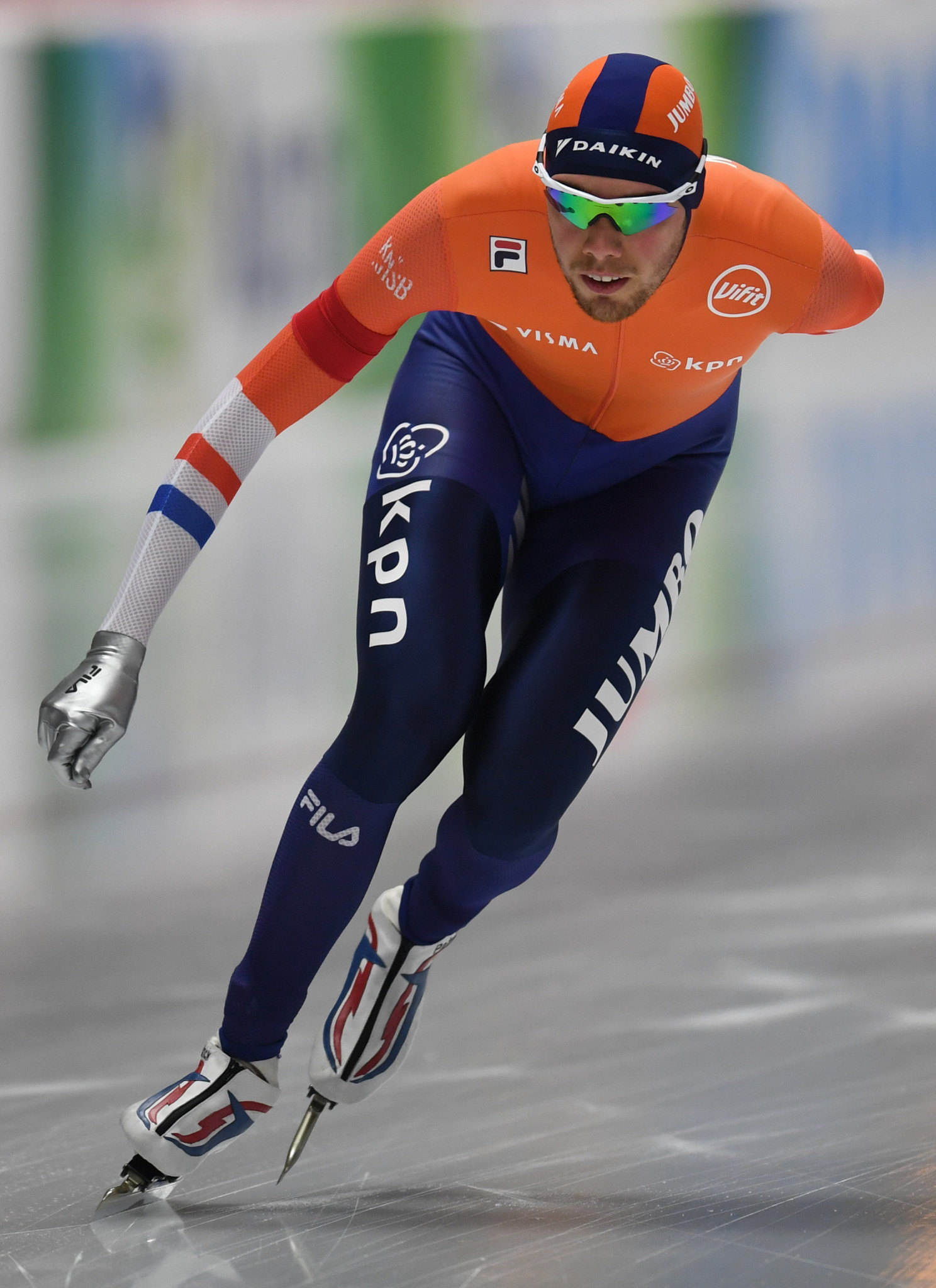 Dutch skater Roest led at the halfway stage at the Calgary Olympic Oval and set a new points world record of 145.561 as he held onto the gold medal he won in Amsterdam last year.

After winning the 5,000 metres and coming second over 500m yesterday, he again finished in the top two over both distances today in the Canadian city.

Multiple champion Sven Kramer was third for The Netherlands as he chased a 10th title at this event, tallying 146.962 points.

The quadruple Olympic champion, who boasts 29 world titles in all when taking into account the World Single Distances, achieved third and fourth place finishes in the 1,500m and 10,000m respectively.

Roest was defending a 4.5 second gap over Pedersen going into the longest distance of all.

"Sverre had set a good time and I had to find my rhythm in the beginning.

"Sometimes the head thinks differently than the legs should do.

"At some point Sven accelerated and I had to follow."

Ted-Jan Bloemen of Canada was second over 10,000m but came fifth overall.

In the women's event, Sáblíková rose from second overnight to prevent Japan's day one leader Miho Takagi from defending her title.

The Czech set a world record in the 3,000m yesterday, breaking a mark held by Canada's Cindy Klassen, and did the same today in the concluding 5,000m.

Antoinette de Jong of The Netherlands maintained her third place from day one as she was sixth over 1,500m and fifth in the 5,000m for 157.840 points.

For Sáblíková, who is a triple Olympic gold medallist, it meant a fifth title at this event.

She won by just 5.72sec from the Japanese.

"I got special power today from Cindy Klassen," the Czech said.

"She wrote me a message after the 3,000m to congratulate me yesterday, and she wished me luck for today."