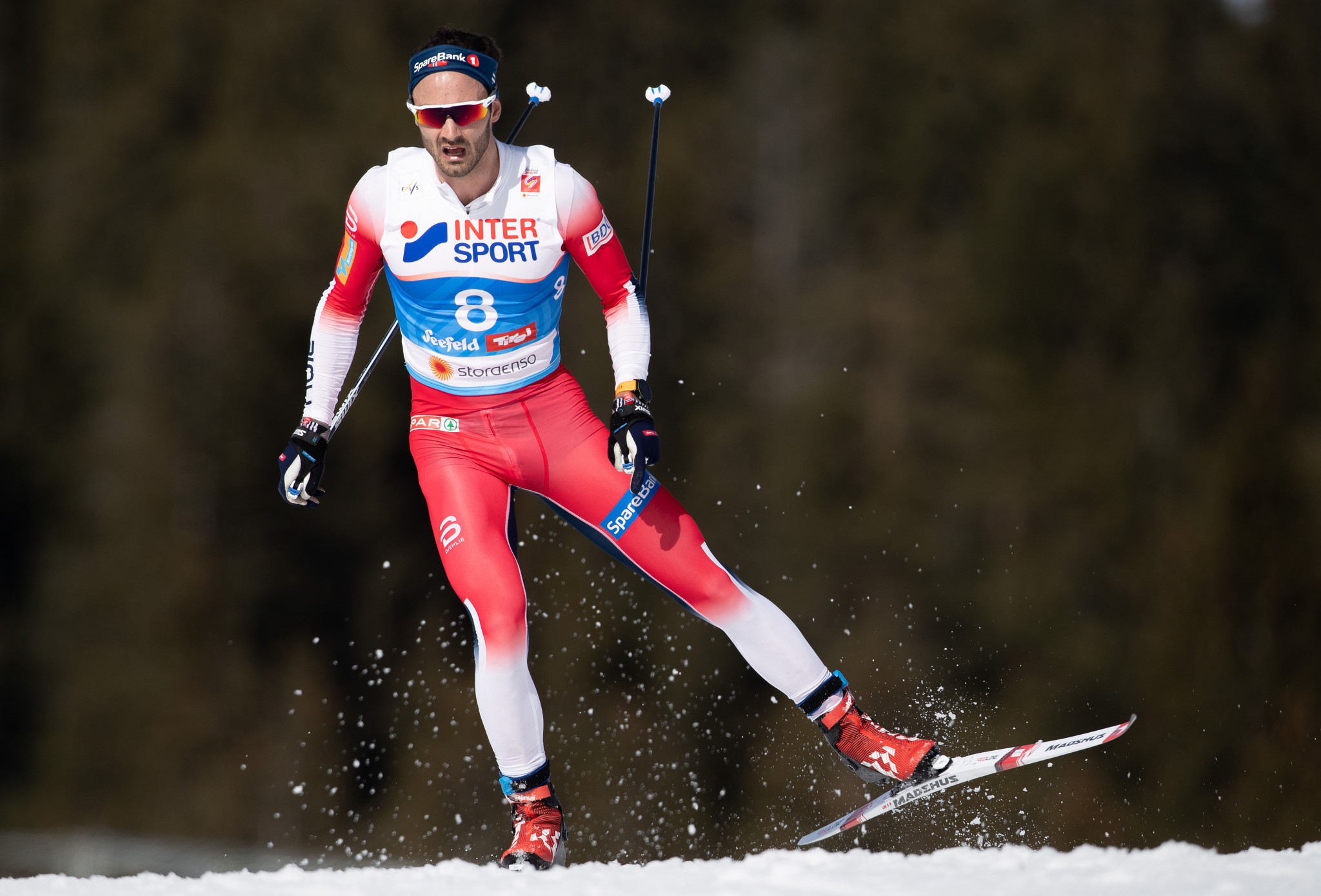 Hans Christer Holund caused an upset on the final day of the International Ski Federation Nordic World Ski Championships as he clinched the gold medal in the 50 kilometres race to complete a cross-country clean sweep for the Norwegian men in Seefeld.

The 30-year-old, making his first appearance at the event in the Austrian resort, attacked early and held off the rest of the field to cross the line in a time of 1 hour 49min 59.3sec.

Holund took the world title ahead of Russian Alexander Bolshunov, who failed to keep pace with the Norwegian following his breakaway at the 22 kilometres mark.

Bolshunov earned his third silver of the Championships, 27.8 seconds adrift of the Olympic 30km bronze medallist, while Norwegian Sjur Røthe was a further 30 seconds behind in third.

The triumph for the Norwegian outsider cemented the country's dominance of the cross-country events in Seefeld.

Norway won every gold medal in the men's competitions and finished with a total haul of 25, 13 of which were gold.

The 50km event brought the curtain down on the World Championships in Austria, which were somewhat marred by last week's arrest of five athletes by police during a doping raid.

The conclusion of the race was followed by a short Closing Ceremony.

"From the Nordic Mile, which provided fans with a fully entertaining experience, to the well-prepared courses and jumping hills for the teams and athletes, to the professional media facilities and services, Seefeld 2019 left no stone unturned to deliver a memorable World Championships for everyone involved."

Organisers claimed they had exceeded their ticket sales goal with more than 200,000 sold for the event.

Seefeld 2019 President Peter Schröcksnadel said the Championships had been a "wonderful advert for winter sports" despite "one negative incident".

"We had a great World Championship with many exciting competitions," he added.

"We are very satisfied with the execution of 22 medal decisions.

"Besides the wonderful weather we can remember beautiful TV pictures, a lot of cheering spectators and a peaceful and friendly atmosphere."