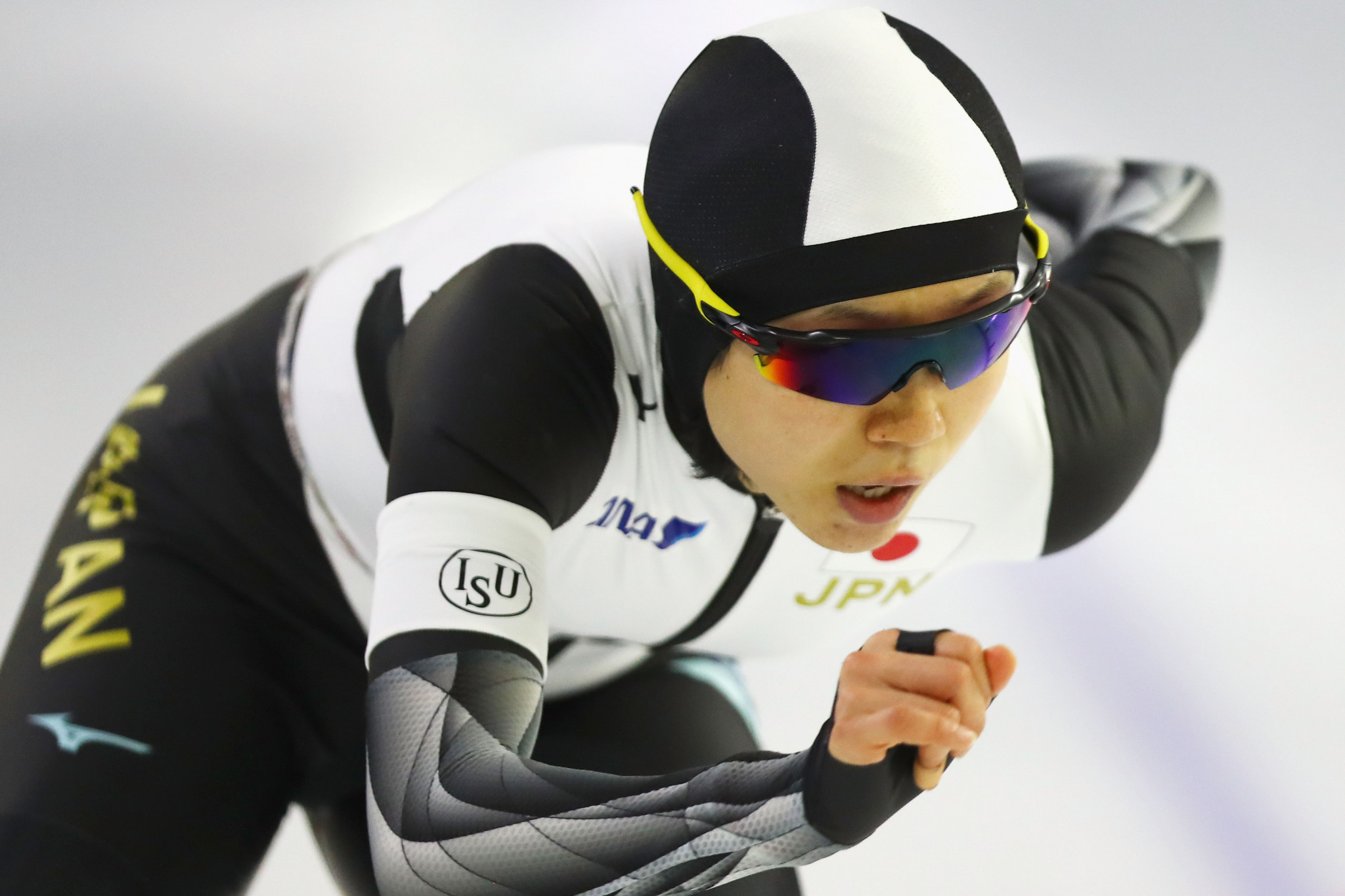 Reigning champions Miho Takagi and Patrick Roest are in pole position at the halfway stage of the International Skating Union World Allround Championships at the Calgary Olympic Oval.

Japan's Takagi, the Olympic team pursuit gold medallist from Pyeongchang 2018, set a blistering time to win the 500 metres but is being closely tracked by the Czech Republic's Martina Sáblíková who set a world record over 3,000m.

Takagi stopped the watches at 37.22sec in the Canadian city to win the sprint distance as she aims to defend the title she won last year in Amsterdam.

Sáblíková was 13th over 500m with Takagi enjoying a narrow lead before the 1,500m and 5,000m conclude the Championships tomorrow.

Double Pyeongchang 2018 medallist Antoinette de Jong of The Netherlands is third on 78.228 after coming third over 500m and second in the 3,000m.

"I've been skating great laps here in training and my coach said I should go for the world record," Sáblíková said.

"I doubted, because I tried it here two or three years ago and I died in the last two laps.

Roest began his bid to defend his Amsterdam crown in fine style as he backed up a second-placed finish in the 500m by winning over 5,000m.

His closest rival is Norway's Olympic team pursuit champion Sverre Lunde Pedersen who was third over both distances in 35.85 and 6:10.10.

Legendary Dutch skater Sven Kramer is third as he bids to win a 10th title at this event.

The quadruple Olympic champion, who boasts 29 world titles in all when taking into account the World Single Distances, was ninth in the 500m after clocking 36.41.