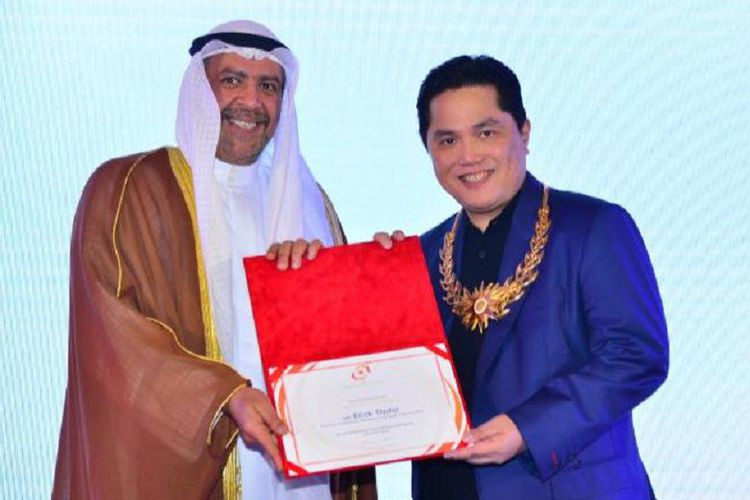 As President of the Organising Committee, Thohir was a key figure during last year's Asian Games in Jakarta and Palembang, an event widely praised for its organisation and which has paved the way for a bid from the Indonesian capital for the 2032 Olympic and Paralympic Games.

He received his award during a reception held here on the eve of the 38th OCA General Assembly from its President Sheikh Ahmad Al-Fahad Al-Sabah.

"Representing Indonesia, both state leaders, executive committees, volunteers, and also the people of Indonesia, I feel proud of the award given by OCA for the 2018 Asian Games," Thohir, one of Indonesia's most high-profile businessmen and a former owner of Serie A club Inter Milan, told delegates here.

"This award is for Indonesia, which has successfully held the best Asian Games which received appreciation from all over the world."

Thohir was one of three people tor receive a Merit Award.

Bahram Afsharzadeh, the former National Olympic Committee of the Islamic Republic of Iran secretary general and OCA Information and Statistics Committee chairman, was also recognised for his work.

Jean Hammam, President of the Lebanon Olympic Committee, was also honoured for his contribution to the Olympic Movement in Asia.

There was also a special award for Takashi Hiraoka, the former Mayor of Hiroshima.

Hiraoka had been in charge of the Japanese city, destroyed by an atomic bomb dropped by the United States at the end of World War Two, when it hosted the 1994 Asian Games.