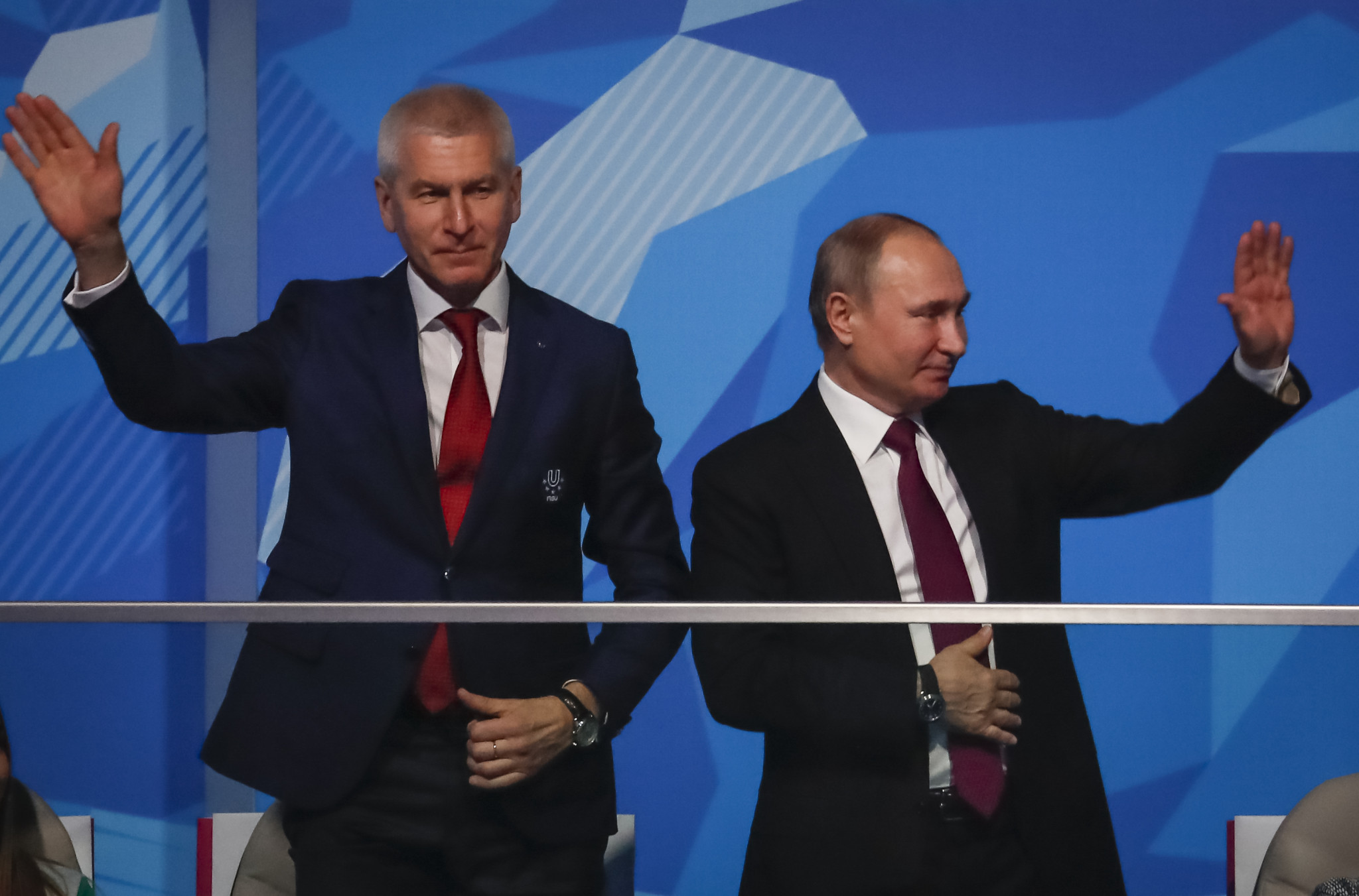 Russian President Vladimir Putin officially opened the Krasnoyarsk 2019 Winter Universiade during a ceremony which aimed to celebrate the history and cultural traditions of Siberia.

Putin would serve as the most recognisable participant to the over 60 countries who reportedly broadcast the Opening Ceremony of the Universiade.

The Russian President reprised the role he took in Kazan back in 2013 when he officially opened the summer edition of the university sport event.

Putin was flanked by International University Sports Federation (FISU) President Oleg Matytsin, who called upon athletes to embrace the opportunity presented to them at the Universiade.

He encouraging athletes to compete and share experiences with each other.

"Allow me to welcome the delegations," Matytsin said.

"We particularly welcome those who are competing for the first time.

"It has taken a lot of work to provide you with the stage.

"Do not forget to enjoy the time you spend here.

"You will go on to become the leaders of tomorrow."

Between the speeches of Matytsin and President Putin, a video message from International Olympic Committee (IOC) President Thomas Bach was also played.

"This is your time to shine," said Bach, a former Summer Universiade athlete in fencing.

"I encourage you to make the most of this experience.

"Maybe these Games will be part of your journey to Beijing 2022.

"Give it your best.

"The Universiade has a wonderful atmosphere.

"You will leave here with a new experience and new friends."

The Winter Universiade has been viewed as an opportunity for Krasnoyarsk to follow in the footsteps of Kazan and Sochi by establishing itself as a sport destination.

A focus was placed in the Opening Ceremony in the culture and diversity in the region, with the performance aimed at narrating the history of Yenisei Siberia.

The Yenisei River runs through the heart of Krasnoyarsk and is considered one of the three great rivers in the Siberia.

Krasnoyarsk's industrial heritage and art was explored during performances, while an increasingly technological world was also highlighted by a segment dedicated to social media.

The Godenko Krasnoyarsk national dance company of Siberia were among those performing at the Ceremony in the 7,000 capacity arena, one of sporting facilities built for the Universiade.

Performances were also given by the ballet company of the Hvorostovsky Krasnoyarsk State Opera and Ballet Theatre and the jazz ballet of Valery Tereshkin.

As well as highlighting the traditions of Siberia and Russia, modern culture was also on show during the spectacle.

The S-BROTHER-S DJ project helped to provide a soundtrack to the entrance of the athletes from the 58 competing nations.

A focus was also placed on sport, with the local crowd enjoying a display from four-time world and Salt Lake City 2002 figure skating champion Alexey Yagudin.

Yagudin has served as one of the ambassadors of Krasnoyarsk 2019 and carried the Universiade Flame during its journey to the city.

The flame arrived in Krasnoyarsk prior to the Ceremony, having been lit in the Italian city Turin back in September.

Following Turin, the first host of a Universiade, the flame visited former host cities Almaty in Kazakhstan and Harbin in China, before a tour of Russia that has seen it pass 30 cities, including Moscow, Saint Petersburg and Kazan.

The conclusion of Yagudin's performance coincided with the arrival of the Universiade flame.

The flame was carried by several ambassadors for the Universiade, before it was used to light the Cauldron, located outside the venue.

The honour fell to Krasnoyarsk-born bandy legend Sergey Lomanov, an 11-time world champion, who shot a flaming ball with his stick.

With the aid of technology, the ball was shown to light the cauldron and began a series of fireworks to end the Ceremony.