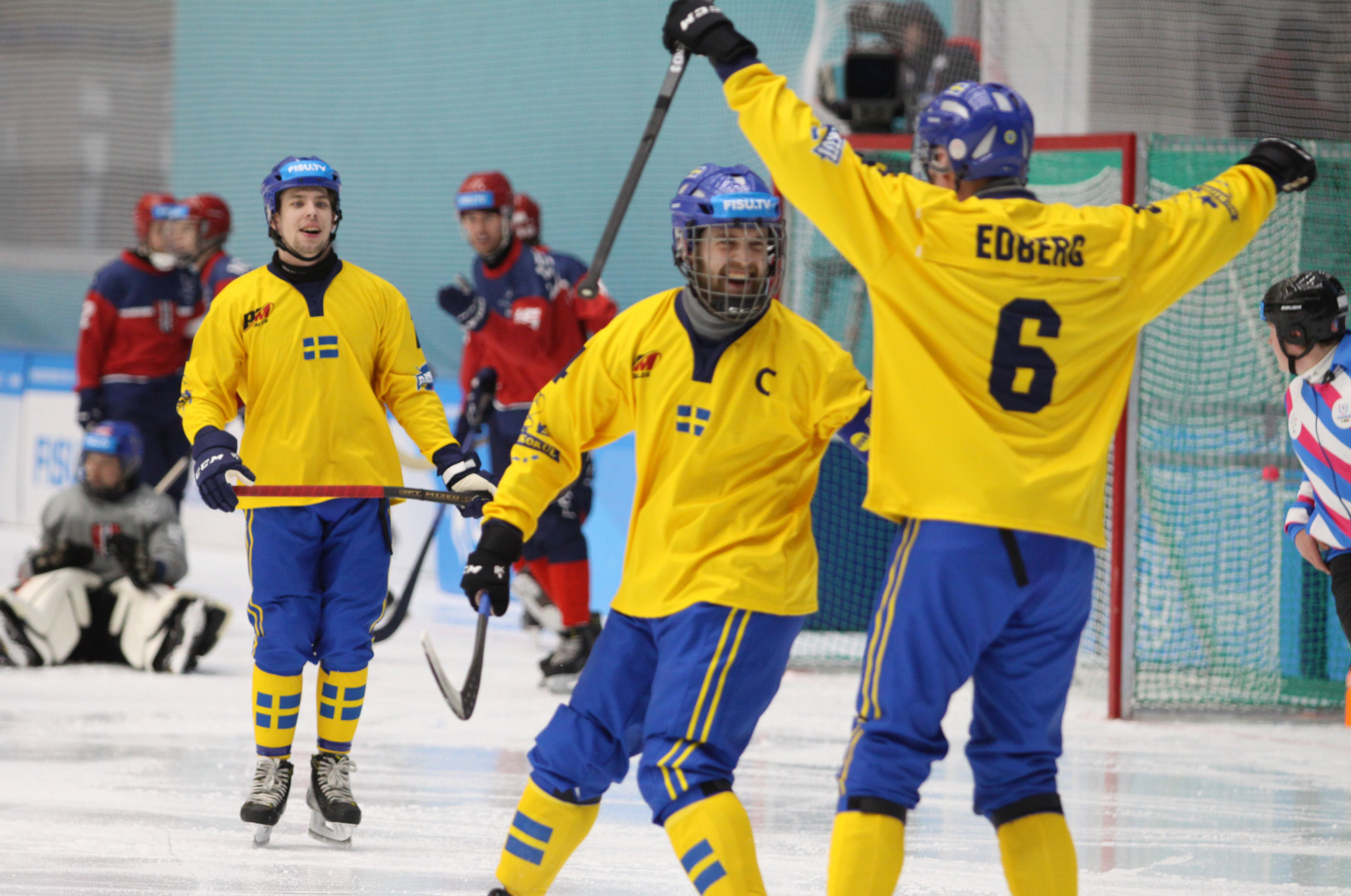 Host nation Russia and Sweden both enjoyed successful starts to bandy competition at Krasnoyarsk 2019 as the sport made its debut at the Winter Universiade here.

Competition in bandy and ice hockey took place one day prior to the Opening Ceremony of the Universiade tomorrow.

Bandy marked its debut with four group stage matches, split between the men's and women's competition.

The sport, which featured as a demonstration event at the Oslo 1952 Winter Olympics, sees skaters use sticks to direct a ball into the opposing team's goal.

Historically the men's sport has been dominated by Sweden and Russia, as well as the former Soviet Union, with only Finland having broken their stranglehold over the world title.

Russia and Sweden showed their superiority at the Yenisei Ice Stadium here today as they recorded comfortable wins in the men's event.

Sweden eased to an 8-0 success over Norway in their opening match, while Russia were 9-1 winners against Kazakhstan to move to joint top of the early standings.

Six teams had been due to compete in the men's event, but China withdrew from the competition last week.

This left Finland without a match on the opening day.

The top four teams at the end of the round robin phase will qualify for the semi-finals.

By the way, this is Bandy. 🏒🔴🥅 #RealWinter #Krasnoyarsk2019 #Universiade pic.twitter.com/EqZklWFbjq

Sweden enjoyed a stunning start to the women's competition as their team cruised to a 20-0 win over the United States.

The host nation made a winning start to the men's ice hockey tournament as their squad edged Slovakia 2-1 at the Crystal Ice Arena.

The Czech Republic overcame the United States 4-1 in another Group A match, while Hungary narrowly beat Japan 3-2.

Latvia secured a thrilling 6-4 win over Switzerland in the first Group B tie.

Japan earned a 2-1 win over the US in the women's event as Canada and Russian both won 10-0 in their respective matches against China and Switzerland in the six-team event.

The Universiade is set to officially begin tomorrow with the Opening Ceremony at the Platinum Ice Arena.