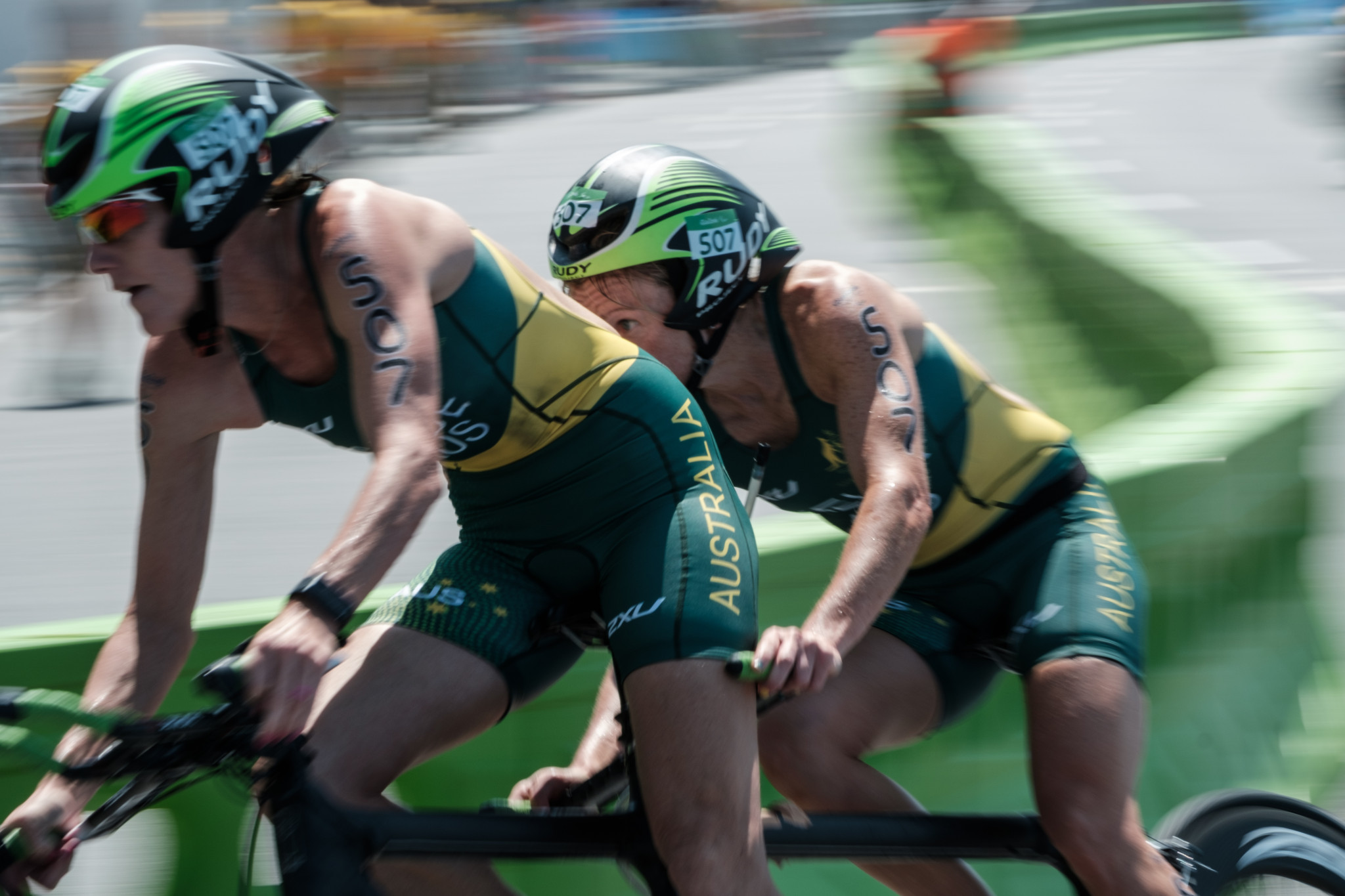 Kelly will compete in the women's visually impaired class as Tasmania hosts the circuit's curtain-raiser.

Action is planned across 12 classes with Lauren Parker among the other home stars to watch.

Parker, an elite-level athlete in able-bodied competition before a training crash in 2017 left her paralysed from the waist down, will start in the PTWC.

Both Kelly and Parker won gold at the Oceania Partriathlon Championships in Newcastle last weekend.

Nic Beveridge and Emily Tapp came second in the men's and women's events respectively at their home Games in Gold Coast last year.

Athletes will compete over a 750 metre swim, 20km handcycle/tandem and a 5km run/wheelchair racing leg.

All of the classes will be contested tomorrow.